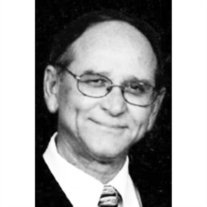 William ‘Bill’ Martin Smith, 67, of Lake Forest, California, died Saturday May 11, 2013. He was born December 7, 1945 in Springfield, Illinois and was the son of William and Christina Smith. He married Joni L. King in 1980 in Laguna Beach.

Bill served in the Air Force and retired from Parker Hannifin as a Sr. Test Engineer after 40 years of service.

Bill is survived by his wife, Joni; his daughter, Andra Humphrey (Kyle); his son, SPC Mathew Smith; granddaughter, Jenna Humphrey; as well as three brothers, Henry ‘Hank’, John and Dan Smith all of Illinois. In addition, he leaves behind several nieces and nephews. Bill was preceded in death by his sister, Charlotte Schmidt.