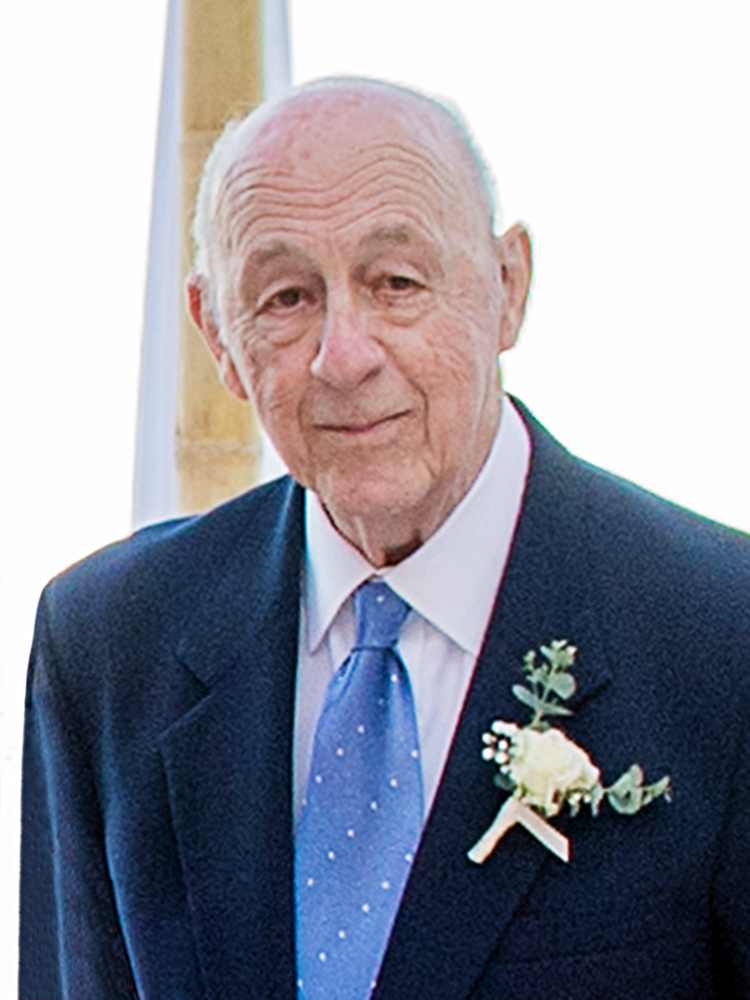 William “Bill” Kane Weakland passed away Sunday, November 11, 2018, in Laguna Hills, California, at age 93, after a brief illness, surrounded by his loving family.

Bill was born in Patton, Pennsylvania to Basil and Mary Weakland on September 6, 1925 and was the oldest son and third child out of six children. Bill attended Patton High School where he was a straight-A student and played football and basketball. His high school nickname, “Pee Wee” Weakland, was only ironic as he was the tallest kid at school.

Bill graduated from Patton High School in 1941 and enlisted immediately in the Navy at 17 years old. A member of the Veterans of Foreign Wars and veteran of World War II and the Korean War, Lieutenant Commander William Weakland had an illustrious 20-year career in the Navy and was discharged with full honors in 1961. He served in the Pacific on the USS Hornet (now permanently stationed as a museum in Alameda, CA which he visited again later in life) and the USS Sitkoh Bay. Between wars, Bill got his Bachelors in Science at the University of Pittsburgh in 1948 and his Masters in Business Administration at the Wharton School of Business at the University of Pennsylvania.

During the Korean War in 1950, Bill was stationed in Stockton, California where he met the love of his life, Louise Filipponi. They married shortly thereafter on December 8, 1951 and started their family with their three children, Rick, Susan, and Patricia. Bill and Louise moved the family to Southern California in 1956 so Bill could work for Hughes Semiconductor. Bill worked for 25 years as a Division Manager and retired in 1984.

Bill and Louise then moved to Madera, CA in 1984 where they enjoyed some of their best memories with family and friends. Bill was an avid golfer, read two books a week, loved playing bridge and pinochle with Louise and his friends, read the Wall Street Journal every day, and always kept a close eye on the stock market. Bill and Louise loved to travel together, and enjoyed taking vacations with their children and grandchildren.

A funeral mass will take place at Saint Kilian Church in Mission Viejo, CA on Thursday, November 15, 2018 at 10:30 a.m., immediately followed by a luncheon reception at Delizie Ristorante & Bar. The graveside service and burial will take place at Calvary Cemetery in Madera, CA on Saturday, November 17, 2018 at 10 a.m. Funeral arrangements are provided by the O’Connor Mortuary. If you are so inclined, donations may be made to Veterans of Foreign Wars in Bill Weakland’s name with more information on how to donate and how to RSVP and share photos provided on his memorial website: https://everloved.com/life-of/william-weakland/