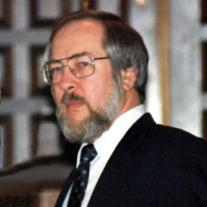 Bill Kowalsky, age 69, passed away at Villa Valencia Nursing Home, Laguna Hills, CA on Saturday, August 18, 2012 as a result of complications from diabetes and renal failure.

Bill was born in Racine, WI on April 7, 1943 to the late Clarence and Etta (nee Holzschuh) Kowalsky. He attended Holy Name and St. Catherine Schools in Racine and went on to serve with the United States Air Force where he was stationed in Japan. Upon returning from his service he went on to earn a Masters Degree in Business Finance (with honors) at the UW Madison.

Bill worked for Burroughs in Detroit, eventually relocating to southern Calif., where he lived 37 years. He worked for several companies but he became an Apple computer devotee and started his own consulting business (Macintosh Support Services) until his retirement. Some clients knew him as the Mac Guru.

As a genealogy buff, Bill spent many hours on his computer gathering data on his family tree for the Kowalsky Family History, which he would never finish. In his search he discovered several family members that he was previously unaware of and enjoyed corresponding and sharing family stories with them a great deal.

Bill was also a huge lover of music. Be it classical, opera, folk, jazz, blues, or rock, he enjoyed tapping his toes and singing along whenever possible. The music on his iPod was his last earthly pleasure in his final days among us.

In lieu of flowers, donations may be submitted to the U.S.O., the American Diabetes Association or the Obama Victory Fund 2012.