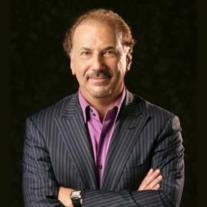 Bill Anderson, the consummate custom electronics professional, died unexpectedly on March 17, 2015 at the age of 63, while on his way to his next business appointment in Orange County, Ca.

Bill is survived by; his beloved daughter, Danielle Joy Anderson, his sister Gail Anderson, his brother Frank Anderson and his sweetheart, Julie Loya. He is predeceased by his mother, Angela Lorraine Anderson; and his father, William Henry Anderson.

Bill was born in Bethpage, Long Island, New York on September 23, 1951. He graduated from Cal State Fullerton in 1973 with a degree in Business Administration.

Bill, a long time Orange County resident, was the founder and CEO of multiple award winning, Genesis Audio and Video. He built the business and the brand into Orange County’s premier home entertainment store. Under his leadership, Genesis thrived for 33 years. Anderson was a founding member of the Custom Electronic Design & Installation Association (CEDIA). He was a marketing leader, and known in his industry as a true innovator.

On March 20, 1996, Bill and his former wife, Cherie Thacker, were blessed with the arrival of their beautiful daughter, who became the most important thing in Bill’s life.

Bill was a devoted father, a consignor of good food and wine and relished his favorite music. He was always looking forward to the next great concert. Bill was a kind and spiritual man and was generous with his time and his money with many worthwhile causes in and around Orange County. He will be deeply missed by his friends, family, and all who knew him.

A funeral service is scheduled for 10:00 a.m. on Sunday, March 22, at El Toro Memorial Park, 25751 Trabuco Rd, Lake Forest, Ca 92630. In lieu of flowers, please consider a contribution to the Danielle Anderson Scholarship and Life Trust.