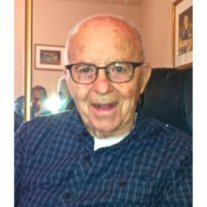 He was born October 29, 1929, in McHenry, Il. Bill married Joan Samp on July 24, 1954. He earned a degree in Mechanical Engineering from the University of Illinois and a Master’s Degree in Aerospace Engineering in 1961.

Bill served as a pilot in the US Air Force, participating in both the Korean and Vietnam Wars. His years of service required extensive travel for both him and his family, including living in six different states and 3 years in Germany. He retired from the military in 1978 and earned a degree in Accounting to start a second career as a tax accountant.