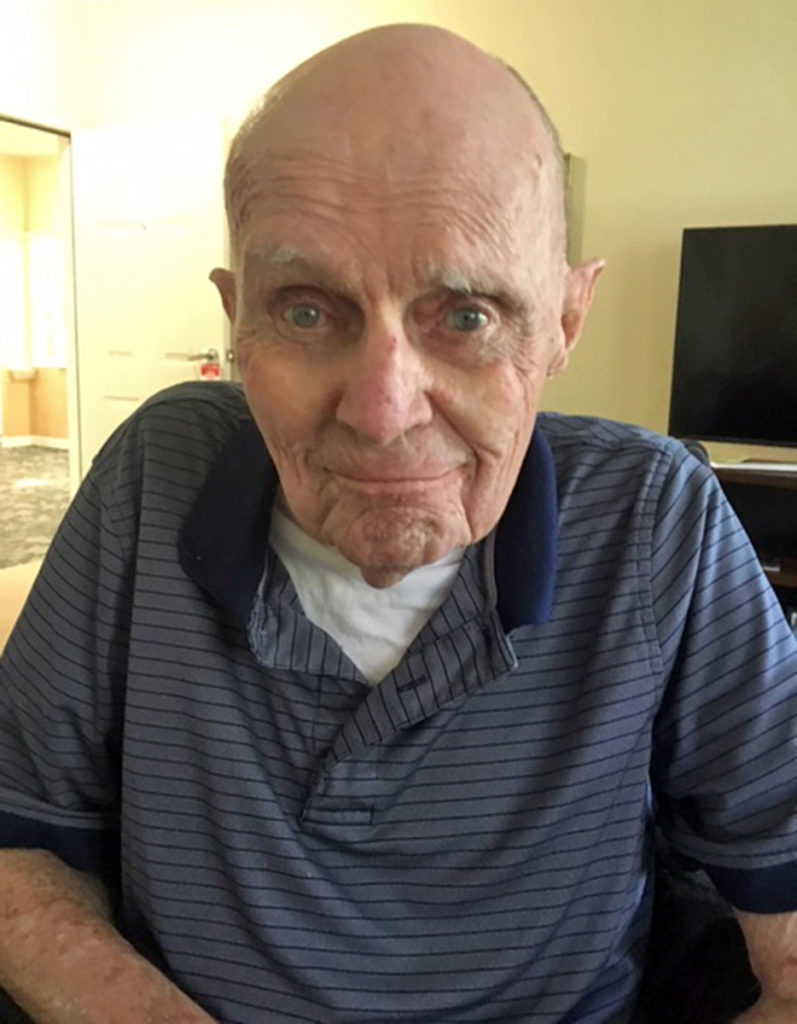 William Edward Hickey was born on May 13, 1923 in New York to two Irish immigrants, Martin Hickey and Margaret Heslin. He died in Rancho Santa Margarita, CA on March 4, 2020, just a couple of months shy of his 97th birthday.

When Bill graduated high school, World War II was already raging. He joined the Merchant Marines and got a quick education at the Merchant Marine Academy in Kings Point, New York. And then it was off to war as an officer in the engine room of merchant ships, which was very dangerous duty. One of his ships was torpedoed and sunk in 1944. He came home after the war and married hometown girl, Lucille McKillop. Together they had three children, to whom they were devoted.

Bill’s primary focus was his family. He was an extraordinary father, despite having lost his own father at the age of seven. He was a kind and sweet man who touched the lives of everybody he met. He loved talking to friends and strangers alike, and was always ready with a good story or a joke.

After 44 years of marriage, Lucille passed away unexpectedly in her sleep. Several years later, Bill married Elizabeth Bailey, and they were married until his death.