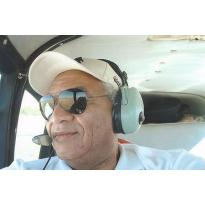 William Earl Laster was born on February 23, 1942, in Little Rock, Arkansas. He was the first of five children born to Willie Laster and the late Freddie Laster Hall.

William spent his childhood in Little Rock, Arkansas where he attended Horace Mann High School and Philander Smith College. He earned a Degree in Engineering from Northrop Institute of Technology and a Master’s Degree for the University of Phoenix. William became an Electrical Engineer for ITT Cannon, then continued his career as an Aerospace Engineer for Hughes aircraft. Early in his career, William realized his gregarious personality would best be utilized in Sales. William became a Regional Sales Manager for Hughes Aircraft. William was known as Bill by his friends and colleagues; therefore, as a Sales Manager he would refer to himself as a Million Dollar Bill, based on his ability to close a sale.

Forty-six years ago William married his college sweetheart Dorothy Jean, and the couple moved to Los Angeles, California. Their union blessed them with three children. The Laster Family moved to Orange County, California in 1970, where William became a dedicated member of Saint Nicholas Parish and served as an usher and participated in the ministry’s outreach program.

William had a passion for travel and had the pleasure of visiting 47 states. He enjoyed learning about trains and had an overwhelming love for airplanes and flying. But the one thing he truly loved was taking Dorothy on cruises. He thrived when he was able to interact with people. His charismatic personality and wonderful wit brought joy to everyone. He was generous with his time and responsive to the needs of others. He dearly loved his family, friends and neighbors.