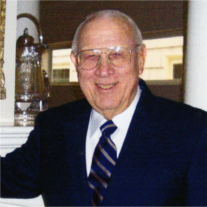 William earned his Bachelor’s Degree in 1954 from Santa Clara University. He proudly served in the US Army during the Korean War, earning the rank of First Lieutenant and was honorably discharged in 1963. William worked in the retail auto parts business for 30 years as the owner of many independent auto parts stores in the Pomona Valley.

William was preceded in death by his wife Frances and his sons William and Douglas Wilkinson. He is survived by his daughter Dr. Mary Ann Wilkinson Sims and her husband Gary, his daughter Kathleen Wilkinson, his sister Mary K. Drennan and seven grandchildren.

In lieu of flowers, contributions may be made to Santa Clara University in memory of William E. Wilkinson, Class of 1954.