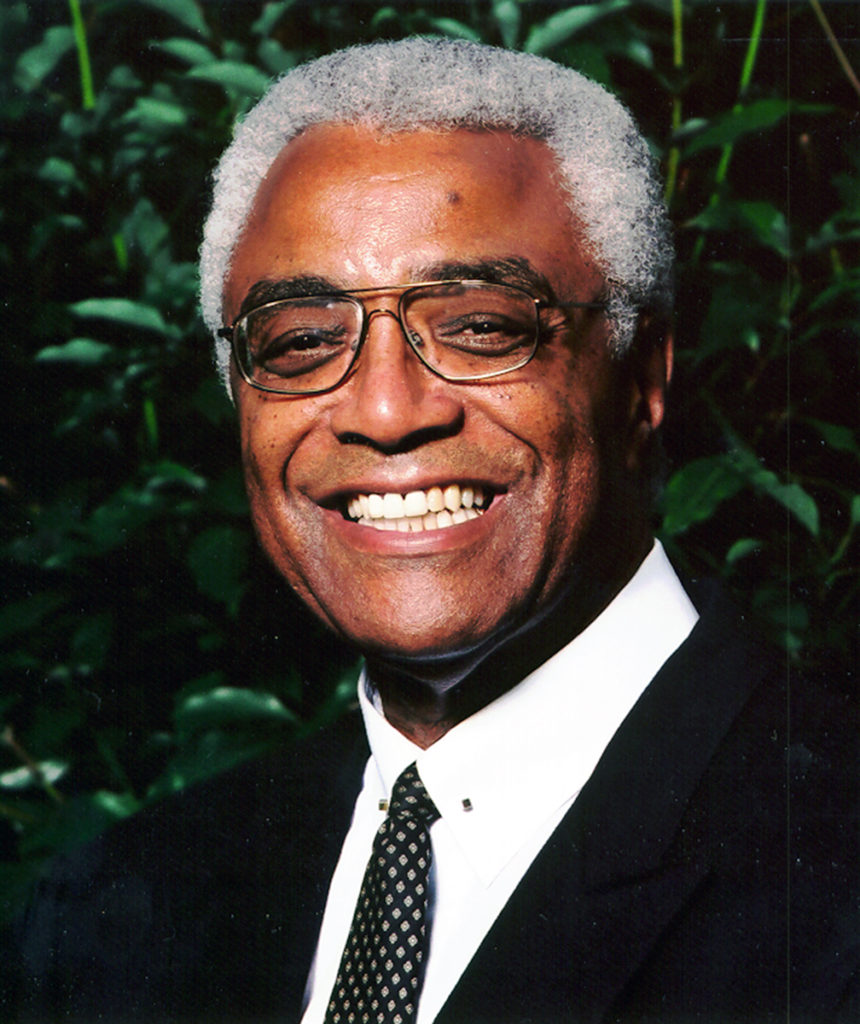 William Dean (Willie) Naulls passed peacefully from life to life eternal on Thursday, 22 November 2018, in his home in Laguna Niguel, California. Pastor Willie, as he was known in the most recent phase of his life, is survived by his wife of forty years, Dr. Anne Van de Water Naulls; children Lisa, Shannon, Jonah and daughter-in-law Kate, and Malaika and son-in-law Kevin; his grandchildren Celia, Michael, Dean, Jonathan, Elle and Jojo, as well as the many people he mentored and served throughout his life.

Willie Naulls’s extraordinary journey led him from a segregated ghetto in Dallas, Texas, across the fabled courts of collegiate and professional basketball, through a wide variety of entrepreneurial business pursuits, and finally to the purpose for which he was born, sharing the Good News of the Gospel of Jesus Christ. He worked tirelessly to assist people in exploring and developing the unique industry God gives each one of us.

Willie was born in Dallas to Daily and Bettie Arlene Naulls. Moving to California with his family at the age of nine, he graduated from San Pedro High School in 1952 as “California Mr. Basketball” after being named All-Los Angeles City Player of the Year in both basketball and baseball. With a scholarship to UCLA, Willie was taught and mentored by Coach John R. Wooden, becoming an All-American and leaving with all-time numbers in scoring and rebounding. Sixty-three years later, he continues to hold UCLA’s record for Most Rebounds in a Single Game at 28.

Drafted by the St. Louis Hawks, Willie was traded in December 1956 to the New York Knicks. He was voted Captain by the team, becoming the first African-American Captain in integrated professional sports. After six years and four All-Star berths, Willie was traded to the San Francisco Warriors for a season before Bill Russell convinced Red Auerbach to purchase his talent for the Boston Celtics.

Willie played for the Celtics for three World Championship seasons from 1963 through 1966. In December 1964, he along with Bill Russell, K C Jones, Sam Jones and Tom Sanders became the first all-African-American starting lineup in the NBA – and first in any integrated professional sports league.

Returning to Los Angeles after the 1966 Championship season, Willie became a successful entrepreneur. He supported both academics and athletics at his alma mater, serving on Boards of the UCLA Foundation and the Alumni Association. He envisioned and promoted basketball games between former UCLA All-Americans and professional All Stars to raise funds for Ralph Bunche Scholarships. In 1990 he became the first UCLA Basketball alumnus to endow a scholarship for the Men’s Basketball Program.

Determined to use his celebrity to serve young people growing up in communities similar to those of his childhood in San Pedro and Watts, Willie’s philanthropic service spanned five decades as he encouraged youth to work out of themselves the gifts God had given them at birth. His Foundation raised funds to provide week-long free summer basketball camps on college campuses for junior high and high school boys recommended by coaches throughout Southern California. There they were guided by secondary school, college and professional coaches who encouraged them to pursue their education as well as sports and to resist the temptations of drugs and unlawful, unproductive behavior.

In 1981, the National Collegiate Athletic Association honored Willie with the NCAA Silver Anniversary Award, given each year to five former student-athletes on the 25thanniversary of the end of their intercollegiate eligibility for their professional accomplishments, civic activities and philanthropic work.

In the fall of 1990, while pursuing additional business opportunities, Willie experienced an epiphany in which God told him, “Get out of business. Better prepare yourself to minister My Word. Tell people what great things I have done in your life.”He earned a Master of Theology degree from Fuller Theological Seminary. Through Willie Naulls Ministries, incorporated in 1993, Willie ministered and taught throughout the country.

In response to God’s mandate, Willie wrote eight books in poetry and prose. Through his Gift Book Ministry (www.willie-naulls.org), Willie’s family continues to distribute those books to individuals as well as religious and secular groups serving youth and adults around the country.

Willie’s impact continues to be felt throughout the world and he will be truly missed by his family and loved ones and the many people he served during his life. Information regarding a Celebration of Willie’s Life will be announced soon. In lieu of flowers, tax-deductible contributions to Willie Naulls Ministries would be gratefully appreciated.