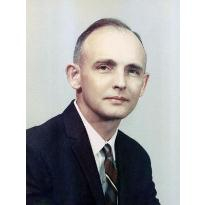 Survived by his daughter Patt and son Bill Jr. and his two dogs Missy and Duke. Preceded in death by his only wife of 50 years Lois Jean Kopp.

Bill was known for helping others. He gave things he used to those who needed it more on many occasions and enjoyed making other people happy. He was also known for being stubborn. Once he decided to do something he stayed with it to the end no matter how hard it was. He was very intelligent and a good student who enjoyed learning and reading. He loved photography, walking, collecting coins, and enjoyed bird watching and carpentry. He always keep himself fit and was an excellent provider for his family. He was a wonderful father and husband and always fulfilled all the various duties he was responsible for without complaint. He was slow to anger and rarely raised his voice. He was a very outgoing and friendly person.

He believed in God and and believed strongly in doing the right thing. Honesty was very important to him. He always tried to improve himself spiritually, emotionally and intellectually. When he did a thing he always did his best.

Bill had many things he hoped for so for the prayer on the Memorial Card at the funeral Bill’s hopes, prayers and wishes were combined into a single prayer and is listed below.

God help me to be strong and true to do what I know to be right. Help me to remember my true purpose in all I do. Help me to face what is ahead with vigor and enthusiasm, and without shame or fear. Help me to be considerate to those around me and to help those whom I can. Give onto me wisdom that I may do right. Please keep my family safe and happy. May I always accept my responsibilities with courage and diligence.

Help me to face life with dignity and strength in the hard times and gratitude in the good times. Should I fail at a task give me the strength to try again and help me find the resolve to continue on to success.

Help me to always remember that once I know the rightness of a course the rest is about showing the diligence to see it through to the end.

The prayer of William Kopp

Bill was born March 22, 1926, in Emeigh, PA and moved to Cleveland, Ohio while in high school. He worked part-time as a Ride Attendant 1942 – 1943 at Euclid Beach Park, Cleveland, Ohio. It was said he enjoyed this job because he could give good looking girls free rides. While going to High School full time he was employed part time at Dorsells Restaurants 1943 – 1944 as a Short Order Cook.

He joined the U. S. Marine Corp before he graduated High School with the promise that he would be able to finish his Senior year of High School. However he was not allowed to do this later. Due to his high grades he was issued a vocational degree from East Tech High School in June 1944 even tough he was only 6 weeks short of graduating when he left for war. He was unable to attend his graduation exercises as he was in boot camp in San Diego.

Bill joined the U. S. Marine Corp on March 21 1944 and left for training at San Diego, CA on April 12 1944. Bill participated in the Pacific Theater of Operation from May 14 1944 through July 13 1946, in the Second Marine Division, 3rd Batt., K Company, under Major General LeRoy P. Hunt, USMC, Commanding General. While in Wolrd War II he was a message runner. This involved running paper version of messages to sensitive to risk discuss over a radio. Unfortunately the enemy made great efforts to shoot message runners to disrupt and confuse things.

He engaged against the enemy at Okinawa Shima, RI, April 1 1945 – April 14 1945. He was a member of the replacement draft on Saipan. Bill served in Japan during the Allied Occupation of 1945 and 1946. He was separated from the military on July 19, 1946 with the rank of corporal, at Quantico, Virginia and returned to live with his parents in Cleveland, Ohio.

Upon returning from his tour of duty with the Marine Corp he attended college at night and worked during the day. He was employed at Picker Ex-Ray from September 1946 until February 1947 as an Assembler. He worked from April 1948 until September 1948 at Youngstown Sheet and Tube, Youngstown, Ohio, as an Assistant Distiller. He lived with a relative while employed at Youngstown.

Bill re-enlisted in the USMC September 28, 1948 at Cleveland, Ohio. He was stationed US Marine Barracks, 8th & I St., Washington, DC. From September 1948 through September 1951. He was a Sales Clerk at the exchange. He always liked 8th & I. Fortunatly he was one inch too short for guard duty at the national momuments and thus avoided standing at attendtion for longs hours. He often said ‘Did you every try standing still for hours.’ From September 1951 until January 1954, he was stationed HQ Co. U.S. Marine Corps Forwarding Depot, Portsmouth, Virginia where he was a Store Manager at the Marine Corp Exchange.

Bill was introduced to his future wife Jean though a blind date. The people that introduced them were going together at the time but ended up breaking up while Bill and Jean were eventually married at the Calvary Methodist Church in Washington, D. C on March 14, 1953.

March 1964 until May 1966, Bill was stationed Marine Barracks, NB, Brooklyn, New York in the Naval Ship Yard. He was Exchange Chief, Marine Corp Exchange. While stationed at the ship yards Bill testified a number of high ranking officers in a large scale military corruption case where a colonel was courts martial and a general was forced out of the military. Much pressure was applied on Bill to become part of the corruption but he stayed out of it documenting all that was done and testified later.

While station at the ship yards there was a lot of unrest and violence from the civil right movement and racial unrest with numerous riots and gun fire was heard many night. It was like living in a hostile foreign country where even the language was different. In 1964 the light went out in New York City. The light came back on at the base in a few minutes but remained out for an extended period in the city outside the base. A lot of looting and violence occurred outside the base that night.

August 1966 until October 1967 he stationed overseas, H&HS U.S. Marine Corp Air Station, Iwakuni, Japan. He was Warehouse Manager, Marine Corp Exchange. Upon returning from overseas he was transfered to the Fleet Marine Corp Reserve on January 1, 1968 and resided in Euclid, Ohio. While residing in Euclid, Ohio he was employed at White Front Department Stores.

Bill had always wanted to live on the West Coast, so in June 1968 the family migrated to Tustin, California. On July 2 1968 he was employed as the finance manager at the Exchange on the El Toro Marine Corp Air Station, Santa Ana until he retired. The family made a permanent move to Mission Viejo, California in January 1969. June 1 1976 Bill was placed on the retirement from the USMC with the rank of Gunnery Sergeant.