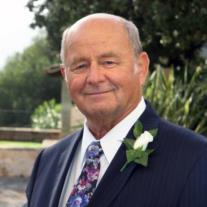 William (Bill) C Walter, May 13,1935 to December 2, 2015 was born in Buffalo, NY the only child of Mildred and William Walter, Sr. Bill died peacefully in Mission Viejo, CA hospice surrounded by his wife, friends and relatives after seven months of various ailments reducing his physical and mental abilities.

Bill had a passion for cycling. He started riding a bicycle at an early age when he had a paper route. While attending Kensington High School, Bill at age 16 won his first significant bike race, Elgin to Chicago 50-mile Road Classic. From 1951 to 1990, Bill won approximately 300 trophies and assorted medals as an amateur semi-pro bicycle racer, training and racing on road, criterium circuits and velodrome tracks throughout USA and Canada. In later years he trained both old and young athletes. In 1990 he became US National Champion in the Men 55-59 Sprint, San Diego, CA. Because of her cycling accomplishments and connections, he was especially proud of his daughter Kathleen (Kathy) Gilchrist, now of Peebles, Scotland. She is presently a Scottish Cycling Board member, Cycling Commissaire; Kathy had a major impact on collegiate cycling and more in the US, before moving to Scotland and marrying Alexander (Sandy) Gilchrist, a cycling team manager and mechanic on an international level.

Bill started his mechanical engineering career/education at Purdue University and completed his BSME degree in 1968 at the University of Buffalo, while raising a family with his first wife Paula and continuing his cycling. An early job as a technician for building and launching rockets, contributed to major US aviation and space accomplishments (the same model rocket he worked on is in the San Diego Air and Space Museum in Balboa Park). His lifelong learning, studying, passing exams included earning PE licenses in New York, Pennsylvania and California and maintaining his ASME credentials. His experience covered many aspects of engineering including: geodesic domes engineering; vessel engineering of bulk storage tanks with Fluor and Jacobs engineering/construction companies; engineering the tallest tower at the Carson refineries, a C-3 splitter; earthquake inspections of homes after the Northridge, CA earthquake; development of technology (patent pending) to freeze with liquid nitrogen and thaw blood; and obtaining a patent in the absorptive process for selective separation of gases. His career spanned New York, Pennsylvania, Maryland and California.

Bill had a variety of interests and learning activities including studying to teach cross country skiing, making wine, bare foot cruising to the Caribbean, and always enjoying any travels organized by Judy. Bill had a natural talent for music and singing without any formal training; he participated in barber shop quartets and church choirs throughout his life.

Bill moved to California in 1987; he married Judy Jones in 1996 and has lived in San Clemente since that time. Judy’s family has become his and he was a much loved Uncle Bill to three boys (Glenn, Andy and Steve, sons of Jennie and Jeff Micko) as well as participant in many other activities in California and Wisconsin with Judy’s relatives. As a husband, he was a partner, friend and supporter of Judy’s career and activism. Bill was preceded in death by his first wife Paula and their son Richard. His surviving family members are daughters Kathleen (Alexander) Gilchrist & Mary (Deno) Sfikas, and wife Judith Jones.

Bill trained hard, cycled with a strong competitive spirit, enjoyed the comradery after athletic events, worked hard, knew how to fix things around the house, and was quick to celebrate by raising a toast. A favorite saying when friends were gathered was, “I love life!”

Memorial celebration will be held in second half of January to ensure participation of Bill’s daughter Kathy and son-in-law Sandy.

Contributions in Lieu of Flowers:

WE CAAN
29042 Ridgeview Dr
Laguna Niguel, CA 92677
Multiple projects of Jeanine Schrantz, friend of Bill, in Malawi, including this pre-school, student study center, and women’s cooperative all in one where the whole village participated including firing 80,000 bricks, using local red soil and providing construction labor. Jeanine purchased materials other than bricks. The school is now self-sustaining with fees paid by parents. (401c, tax deductible, note in memory of Bill Walter, check payable to WE CAAN).

Valley Preferred Cycling Center
(send checks to Judy Jones or Andy Taus made payable to above name)
A possibility is Sponsor-a-Meter puts a name on a meter for $200 and contributions go towards a scholarship fund that is given to local riders who qualified for Junior World Championships. Other contributions to this Cycling Center in Trexler Town (next to Allentown) PA may also be considered.

Please see the photo album of Contributions In Lieu of Flowers.

Celebration of the Life of Bill Walter
Memorial Celebration will be held
Saturday January 23, 2016
11 am to 2 pm

RSVP to judyjones414@gmail
for address and directions