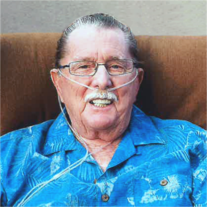 An amazing husband, father, grandfather, brother, uncle, and friend, William Burris, Jr., passed away on Sunday, November 20th at the age of 77.

Bill was preceded in death by his youngest son Mark. He is survived by his loving wife Joan, their children: Scott (and wife Donna), Vicki, and Sheryl; his grandchildren: Erin, David (and wife Sarah), Alix, Karla, and Ian, and his sister Marilyn, as well as his cousins, numerous nephews and nieces, and a host of friends.

Bill was born in North Andover, Massachusetts, on May 24, 1939. He graduated from North Andover High School, served in the U.S. Navy, married his high school sweetheart and recently celebrated their 57th wedding anniversary. Bill and Joan moved to California in 1960 where they raised their family, and where he worked for American Airlines for 42 years.

Bill loved golfing, working on all types of projects, coaching his children’s baseball teams, spending time with his family, and watching football. He will be greatly missed by everyone who was blessed to have known him.