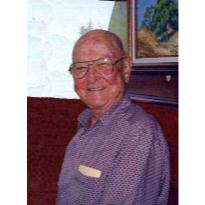 William Albert Rash was born April 28, 1919, in Eldora, Iowa, where his parents owned a farm. He spent his youth in and around Des Moines, Iowa, where he attended Theodore Roosevelt high school and graduated in 1937. Bill excelled in academics and athletics, was the MVP of his track and field team, and in his senior year he won the Iowa State Championships in the 100 and 220 yard dashes. The track meet announcer, who also awarded the championship medals that day, was Ronald ?Dutch? Reagan. Upon graduation, Bill was awarded a Track and Field scholarship to Grinell University in Iowa, where in his freshman year he won both the 100 and 220 yard dashes at the famed Penn Relays while running against the nation’s best freshman. After 1 year, Bill won a scholarship to Indiana University for track and field and was a member of the Hoosier’s national championship teams in the springs of 1940 and 1941. He was also a varsity cheerleader at Indiana. Joining the Marine Corps in September 1941, Bill attended boot camp in San Diego, California and was the ?honor? graduate of his class. He carried the Marine Corps flag while leading 6 battalions of recruits at graduation ceremonies. He served in San Diego and at Camp Miramar that fall as an MP then became a Drill Instructor during 1942, training both the 1st and 2nd Marine Divisions which were heading to the war in the South Pacific. In early 1943, he shipped out with the 3rd Marine Division to join the war effort with MAG Marine Air Group 21 and for 3 months shared offices aboard ship with lead Marine Corps pilot Pappy Boyington. Bill was in charge of the division’s enlisted men. He spent time training at Munda and Guadalcanal before going into action in the landings at Bougainville, where the marines took 33% casualties on the 1st day. Bill fought through the entire campaign then spent time training on Eniwetok atoll. In early 1944 he took part in the landings on the island of Guam where, again, casualties were high. Bill’s MAG 21 group helped build the airfields on both Bougainville and Guam, which enabled U.S. fighter planes and later bombers to land and fly missions in support of our campaigns on Rabaul, Iwo Jima and Okinawa. During the 2 campaigns he rose in rank to Master Sergeant. Bill returned home in late December 1944, and was re-united with his sweetheart, Zuda Stamper. The two had met on a blind date in Long Beach. He remained there for 10 years before opening a Chevron gas station on the corner of Brookhurst and Chapman Avenues in Garden Grove. He remained there for 10 years before moving to a new station in Laguna Hills, where he operated for 20 years before retiring to his avocado/horse ranch in Fallbrook. Calif. In his spare time he raised and rode ?paint? horses and was a member of he ?Las Tortugas Riders? and rode in the annual Swallows Day Parade in San Juan Capistrano. In addition, he took part in many multiple-day rides or ?treks? throughout Camp Pendleton and as far north as San Clemente. He also spent time traveling, farming and maintaining his grove, and playing cards with Zuda, his family and friends. Bill is survived by his wife of 62 years, Zuda, three children, Susan J. Mee of Mission Viejo, William A. Rash Jr. of Fallbrook, Jennifer L. Nelson of Lake Forest, nine grand children and 3 great grand-children. He was the consummate companion and a great example to all his family, which he lived for. He was a wonderful father, grandfather, and great-grandfather and he will be missed by all.