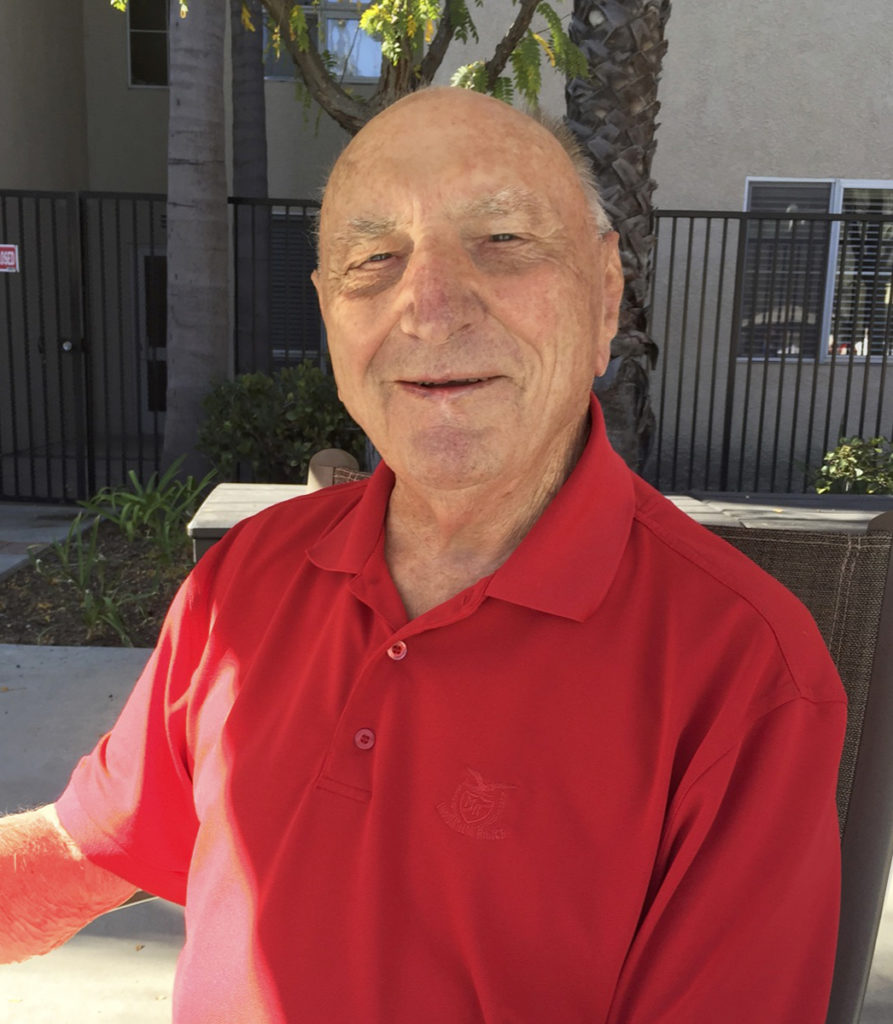 Wilfred “Will” Paul Deschenes passed away peacefully on April 29, 2020 in Laguna Niguel, CA at the age of 95.

Will is survived by his wife, Edna; children, Mary Sayetta (Eddie) of Charleston, SC, Anne Deschenes of San Jose, CA, and Tracy Perlongo (Michael) of Aliso Viejo, CA, grandchildren, Joseph Perlongo, Lauren Sayetta and Christopher Sayetta. He is preceded in death by his brothers, Paul and Albert Deschenes, his sister, Florence Boylan, and nephew, John Boylan.

Will was born on October 22, 1924 in Butte, Montana to Paul and Maria Deschenes. He graduated from Montana University with a degree in Electrical Engineering. On February 13, 1954, he married Edna, the love of his life in Long Beach, CA. He served in the United States Navy during WWII. After moving to Santa Maria, CA in 1960, Will began working for Western Electric (later AT & T) at Vandenberg Air Force Base as a Senior Engineer until his retirement in 1989. Throughout his career he participated in rocket launches as well as worked on additional related engineering projects. He traveled and lived in many interesting places and always said he had the best career of a lifetime. In 1982, he and Edna moved the family to his dream home in Oceano, CA. In 2013, they relocated to Laguna Hills, CA.

Will was a master at BBQ’ing and often was found volunteering at the Santa Maria Elks Club and various BBQ fundraisers in the area. He also volunteered with the Oceano Improvement Association where he strived to keep the Oceano dunes, airport and village as pristine and charming as possible. In his spare time, he would frequently get together with his former work buddies at various at AT&T Pioneer volunteer functions. An avid golfer, he played at every course in the area returning home with interesting stories of those he met and played with. When not golfing, you could find him jogging/walking on the beach or swimming at the gym. He was passionate about the Lord and would attend daily mass as often as possible with Edna. He was a member of St. Patrick’s Catholic Church and the Mission San Luis Obispo where he and Edna often volunteered with Saint Vincent de Paul Society. At present, he was a member of St Nicholas Catholic Church.

In lieu of flowers, please send donations to any Saint Vincent de Paul Society or your favorite charity. The family would like to thank Senior Hospice, the Laguna Cottage and all the caregivers that entered into his life for their dedication, love and care. Condolences can be sent to: oconnormortuary.com/obits/wilfred-paul-deschenes