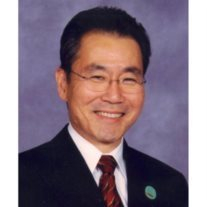 Wesley Dean Motooka, 57, of Irvine passed away on Wednesday, March 19, 2014 with his family by his side.

He was born in Chicago, IL on May 18, 1956 to Dan and Miyeko Motooka. Wes graduated from West High School in Torrance, CA and received a BS in Engineering from UC Irvine and a Masters in Electrical Engineering from the University of Southern California.

Wes’s many awards, promotions, and his ascension to the role of group president reflected his sharp intellect, internal drive, and leadership abilities. His extremely successful career in aerospace exposed him to many different countries and experiences, which enabled him to form friendships across the globe.

As a husband and father, he will be remembered for his dedication to and support of his children, as well as for his generosity, sense of humor, and occasionally embellished stories.

He is survived by his wife of 37 years, Susanne, and two children: Kristen Motooka of Irvine, CA, and Daniel Motooka of Sunnyvale, CA.

A memorial service will be held at University United Methodist Church of Irvine on Saturday, March 29, 2014 at 10:00 am.

In lieu of flowers, the family requests that donations be made to the American Cancer Society in memory of Wes.
http://main.acsevents.org/goto/Wes_Motooka