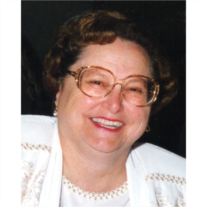 Wanda Merle Clements passed away peacefully on the evening of December 26, 2015, from complications of Alzheimer’s disease. She was attended by her husband and sons at the time of her passing, at the Lake Forest Nursing Center, near her home in Mission Viejo, CA. Wanda was 80 years old.

In 1936, the family moved to California, living for a time in Madera, then settling in Richmond. Wanda attended Richmond Union High School, where she met and began dating her future husband, Gene Robert Clements. Wanda graduated from RUHS in 1953 and married Gene in 1956. Their first son, Christopher Gene, was born in 1959 and second son, Kevin Charles, in 1962
The family moved to Maryland in 1965, living briefly near Feagaville before moving to Frederick and into their newly-built home on Sunnybrook Drive, where the boys grew up. Wanda stayed home with the boys during their early years; not only as their Mom, but also head chef, master baker, EMT, little league transporter, den mother, Halloween costume designer, seamstress, homework helper, manners enforcer, and life teacher. In 1970, Wanda re-entered the workforce, working for Phoenix, Inc and then the National Geographic Society.

In 1980, Wanda and her husband returned to California. The following year, Wanda went to work for State Farm Mutual Automobile Insurance. Four years later, while still working full time, she began pursuing her long-time dream of completing her college education. In 1988, Wanda earned an AA from Saddleback College, then continued her studies at the University of Redlands, where she graduated in 1991 with a Bachelor’s Degree in Business Management.

Wanda continued her career with State Farm, starting as a secretary and working her way up. She became the company’s first Medical Claims Expediter and, ultimately, achieved her goal of being a Claims Adjuster. After retiring in 1999, Wanda enjoyed spending time with her extended family in California and Nebraska, visiting various parts of the world and attending Barbershop Harmony Society conventions with her husband, and avidly reading thousands of romance novels, a life-long passion shared by her mother and sister.

Loving and loved by many, Wanda’s kind and generous spirit will be greatly missed by all whose lives she touched.

Wanda was preceded in death by her parents, Emmett and Noreen, and her older sister, Gaylia. She is survived by her husband, Gene; son Chris, his wife Jill, their daughter Katie and her husband, Logan, all of Bakersfield, CA; and son Kevin, his wife Melody, and their daughter, Dana, of Lincoln, NE.

Family and friends will be invited to an event to celebrate Wanda’s life, on a date yet to be determined. In lieu of flowers for a service, those who wish to do so may make a donation to the Alzheimer’s Association, at alz.org, to help fund research toward finding more effective treatments and, ultimately, a cure.