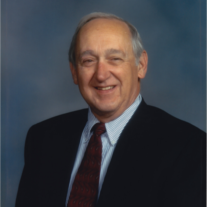 Walter Stephen Aschenbrenner passed away March 20, 2016 surrounded by family. He is survived by his wife Kathy Aschenbrenner, his daughters Jackie Glenn and Heidi Aschenbrenner, and grandson Connor Glenn.
Steve will be remembered for his love for his family, dirt biking riding in the desert, golf, and singing in the church choir. Raised in Illinois, he served in the army after college and then settled in Southern CA with his first wife, Lynne. He worked as a computer programmer at Xerox for over 40 years, and then enjoyed driving semi-trucks before retiring. He met and married Kathy in 2004. They lived in Colorado for several years and enjoyed a quiet country life. After returning to Orange County in 2013, he was active with many hobbies including Ham radio, Bible study, and singing at church.
Viewing will be held on Tuesday, March 22 from 7:00 PM to 9:00 PM at O’Connor Mortuary, 25301 Alicia Parkway, Laguna Hills, CA 92653.
A memorial service in celebration of Steve’s life will be held on Wednesday, March 23 at 10:30 AM at Christ Community Church, 25382 Mackenzie Street, Laguna Hills, CA 92653. A light lunch reception will follow the service.
In lieu of flowers, the family requests donations be made to The American Lung Association.
Thank you for your continued prayers and support.