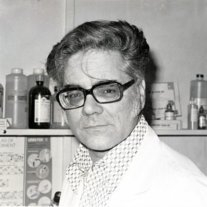 Walter Rovira, 82, a microbiologist and medical technologist in Orange County, died 09/15/2013 at his Stanton home after a courageous battle with cancer.

Walter S. Rovira was born June 18, 1931 in the Bronx, New York to Carmen Livia Segarra and Simeon Rovira. Together with his younger brother, Edward, he was raised in San Juan, Puerto Rico and New York City, before enrolling in Southeastern Louisiana College. It was there he met the love of his life, Laverne Marie Ward, whom he later married. Together for 55 years, they would raise a family of 8 children and 22 grandchildren.

Walter enlisted in the US Army in 1952, and served overseas during the Korean Conflict from 1954-1956. He achieved the rank of Captain before being honorably discharged in 1959. He returned to Southeastern, completed his B.S. degree in Biology in 1957, before moving to Baton Rouge, LA. He then enrolled at Louisiana State University and earned his Masters of Science in Biochemistry.

In 1961, he moved his growing family to Gallup, New Mexico, where he worked for the Department of Indian Services as a certified Medical Technologist. He and Laverne eventually settled in Orange County, CA., first working as a Medical Technologist for Highland Labs, a precursor to Baxter Laboratory, then subsequently Woodruff Community Hospital and Huntington Hospital. He eventually retired from the University of California, Irvine after 20 years of service.

His parents, Carmen and Simeon, and his bride, Laverne, preceded Walter in death. He is survived by his brother, Edward, and his wife Vicki, of Miami, Florida. He will be forever missed by his eight children and their spouses: Walter Jr. and Joy Rovira, Glenn and Marjorie Rovira, Larry and Theresa Rovira, Marcus and Claire Rovira, Ward and Jennie Rovira, Alan and Beryl Rovira, Jennifer and Steve Ross, and Jane Byrnes. He will be remembered as The Big Daddy of Rovira Island.

Walter leaves a legacy of 22 grandchildren and 4 great-grandchildren. His love for family, pursuit of education, and unyielding work ethic are virtues that he instilled in his children, whom he commissioned to carry on his passions. Services begin at 10:00 on 09/20/2013 at St. Polycarp Catholic Church in Stanton followed by entombment at The Good Samaritan Cemetery, Huntington Beach. In lieu of flowers, please send donations to: The Laverne Marie Rovira Legacy Scholarship, c/o Sigma Pi Educational Foundation, POB 1897, Nashville, TN, 37024 or your local chapter of the American Cancer Society.