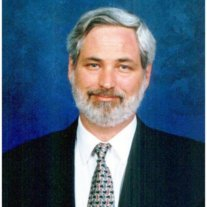 Walt Harris was born on July 8, 1952, an only child to parents, Russell and Mildred Harris, in Bakersfield, CA. He grew up in the San Fernando Valley, graduating from Cleveland High School in 1970. In 1976, Walt was the first to graduate with a Masters in Advertising Design at California State University Northridge after having won numerous national and international art awards for the University.

While working on his Masters Degree he worked at ABC Television, in Hollywood, as an art director, working on popular shows such as Happy Days, Welcome Back Kotter, Room 222, Laverine and Shirley, Mork and Mindy and more. With Masters in hand he relocated to Hawaii and then New York working for J. Walter Thompson on the Pan Am and Ford Motor Company accounts.

In 1979 on his way to Harrah’s Hotels in Reno, by way of California, he met Randeleigh at a local Bible Study. After a long distance romance they were married in March of 1980. They began their married life in San Diego where one of his clients was the Padres, highlighted by attending the 1984 World Series. After seven years in San Diego Walt was hired by Saatchi & Saatchi, LA, relocating to Laguna Niguel where the family still resides. Saatchi offered Walt multiple opportunities to shine, producing numerous award wining commercials for Toyota as the primary client.

During their residence in San Diego Walt and Randeleigh began planning for a family, learning they needed medical intervention. After twelve years, multiple surgeries, and four IVF series, they were blessed with three precious little ones, Ashleigh, Brandon, and Collin in 1992. Walt’s love for his family was known by all who knew him, evident by the numerous family photos of his wife and triplets scattered all over his office, on his phones, and in his wallet. But even more precious to him than his family was his personal relationship with Yeshua (Jesus), his Lord and Savior since his college days. Seeking Divine guidance all his adult life and living out the Biblical principles of integrity and honor in his personal and professional life, he endeared himself to all who met him, exhibiting a fragrance of the Holy Spirit through a kind, gentle, and generous heart. All who knew him, loved and respected him.

After 14 years of commuting between Laguna Niguel and Torrance, a V.P. Creative Director position opened up for him at Y & R Companies Irvine. From 2000 to 2009 he enjoyed working on Lincoln Mercury and Jaguar spots. Traveling extensively for shoots, working in studio, meeting people from all walks of life, Walt was blessed with a career that was his passion. He would often tell Randeleigh he loved what he did so much he would have done it for free.

In 2007 Walt was diagnosed with Rheumatoid Arthritis causing him to seek medical help. The result was a once a week prescription (Methotrexate) which over two years created pervasive white matter in his brain, slowly interfering with his synapsis. By 2010 the neurological degeneration resulted in permanent disability eventually requiring full time, skilled nursing care for the last three years of his life. Over the last year, multiple complications ensued due to poor care which eventually resulted in chronic infections and his untimely death. Despite the struggles, he endured all with a sweet and gentle spirit knowing his future was in the Lord’s hands.

On May 6th Walt finally received his long awaited invitation from the Lord to begin his life in eternity and reunite with his loved ones who had gone before him. Free from his physical prison of silence and immobility, his family grieves the passing of a beloved husband, father, and friend but rejoice with him knowing he has ended his earthly suffering and graduated to glory with the Lord for all eternity where they will one day join him.

For those curious to see some of his work visit www.youtube.com and search for “Walt Harris Reel 2009,” and turn up your speakers! Or click on this link:
www.youtube.com/watch?v=FH-4szcSOyc

To view the Memorial Video from Walt’s service, please click on this link:
www.4shared.com/folder/s2VVT8O_/Walt_Harris

In lieu of flowers donations may be made to Messianic Jewish Alliance of America. They have several ministries directed to the Jewish people in Israel as well in Ethiopia. Please look at the website and consider which ministry you may choose to support with a donation in Walter’s name.
http://www.mjaa.org/site/PageServer?pagename=n_roi_Ethiopia_ProjectPage
http://www.mjaa.org/site/PageServer?pagename=homepage