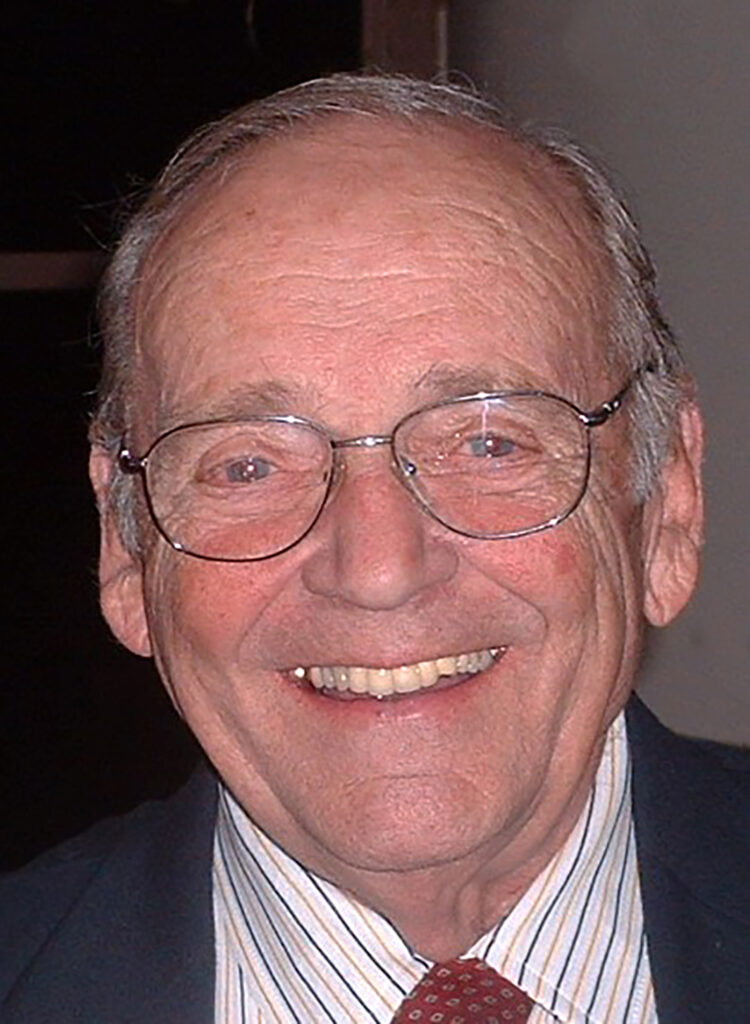 Born on December 10, 1924 in Detroit, Michigan, to Walter Casper Schulte and Grace Ethelwyn VanName, Walter had one older sister and one younger sister.  He learned manners and tenacity from his mom, and how to be a man while maintaining warmth and friendliness from his dad.

As the Second World War broke out in 1941, Walter was only 17 and had to wait nearly a year before he could enlist in the Army, like his father had done for World War I.  Walter worked his way into a cadet program and was trained as a navigator on B-17s.  He was stationed Great Ashfield Air Base, in eastern England.  He was proud to serve his country in protecting America’s freedom.

On October 6, 1944, Walter’s B-17 was shot down over Berlin.  He parachuted to the ground and became a prisoner of war.  He was interrogated and transported to Stalag 1 near Barth, Germany on the Baltic Sea. Walt remained a prisoner of war for seven months until the Russian Army marched in and liberated the camp.

Upon returning to the US, Walter was ultimately sent to Fitzsimmons General Hospital in Denver to be treated for the pneumonia he had struggled with in his last weeks of prison camp.  While at Fitzsimmons, Walter met an Army surgical nurse at the officers’ club.  Soon, Lieutenant Norma Caffey and Captain Walter Schulte were married.

The newlyweds moved to California where Walter could study engineering at Northrop Aeronautical Institute and the University of Southern California.  Walt and Norma started their family, worked and enjoyed buying and remodeling houses.  Together, they were always able to ‘find a need and fill it.’   They always looked forward to participating in the Army Air Force 385th Bomb Group alumni association reunions and trips to Europe where Walter had been stationed and confined to prison camp.   They were married for 74 ½ years before Norma passed in September 2021.  Walter would often say, “74 ½ years were not nearly enough!”

Funeral services will be on Saturday, June 25th at 10 a.m. at St. Andrew’s Presbyterian Church in Newport Beach.  Burial will be on Monday, June 27th at Miramar National Cemetery in San Diego.

In lieu of flowers, Walter wished to have donations made to the 8th Air Force-385TH Bomb Group.  Gifts will be used to keep alive the memory of those brave men and women who served during World War II.   Anyone wishing to honor Walt for his life of service to others can donate any amount to:

Please add the following notation:
“In Memory of Captain Walter B. Schulte, US Army Retired