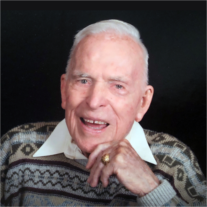 Commander Walter A. Truxler, USN (Ret.) died on December 25, 2017 in Mission Viejo, He was 96 years old. Walter was born on June 23, 1921 in Vernon, British Columbia, Canada, the son of George and Margaret Truxler. He later moved to San Pedro, California, where his interest in a naval career began. He entered the Naval Academy from enlisted service in July 1940 as a member of the class of 1944, which was accelerated to graduate in June 1943.

After graduation, Walter married Mary Grace Wilvers, the “love of his life,” and after a brief honeymoon, reported to the USS Indiana, where he served for the remainder of World War II, operating with Task Forces 38 and 58. At the end of the war, he reported to flight training and was designated a Naval Aviator in February 1947.

After receiving his wings, he flew PB4Y-2 Privateers in several squadrons, including a tour in Corpus Christi as a flight instructor, then to a transport squadron flying R5D’s and R7V’s. In 1955, Walter returned to the Naval Academy to teach navigation. His next assignment in 1958 was back to the Pacific to fly WV-2 aircraft from Midway Island to Adak, patrolling the seaward extension of the Distant Early Warning Line against possible Soviet incursion. In 1961, he reported to the Pacific Missile Range as Staff Planning Officer, flying WV-2 Aircraft in support of Missile Operations. His final Navy tour was as the Defense Department Plant Representative at Litton Industries, retiring February 1, 1969.

After retirement from the Navy in February 1969, he was hired by McDonnell Douglas as a Subcontract Specialist, was promoted shortly thereafter to Purchasing Agent, and then to Purchasing Manager. His responsibilities included negotiating major subcontracts and managing Purchasing Agents and Buyers who procured mechanical hardware and major systems for the DC10, DC9, MD80 and MD90 aircraft. In June 1984, he retired from McDonnell Douglas, after a very satisfactory and rewarding second career.

“Complete” retirement provided Walter the opportunity to work around the house and yard, play golf, volunteer and travel, which he and Mary Grace did in abundance. He remained active in his church, functioning as an usher and as a Eucharistic Minister.

Mass of the Resurrection was celebrated for Walter on January 26, 2018 at St. Kilian Catholic Church in Mission Viejo, California. His ashes were encrypted at Ascension Cemetery beside his loving wife, Mary Grace. 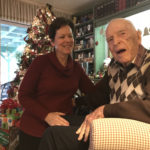 1 responses to Walter A. Truxler