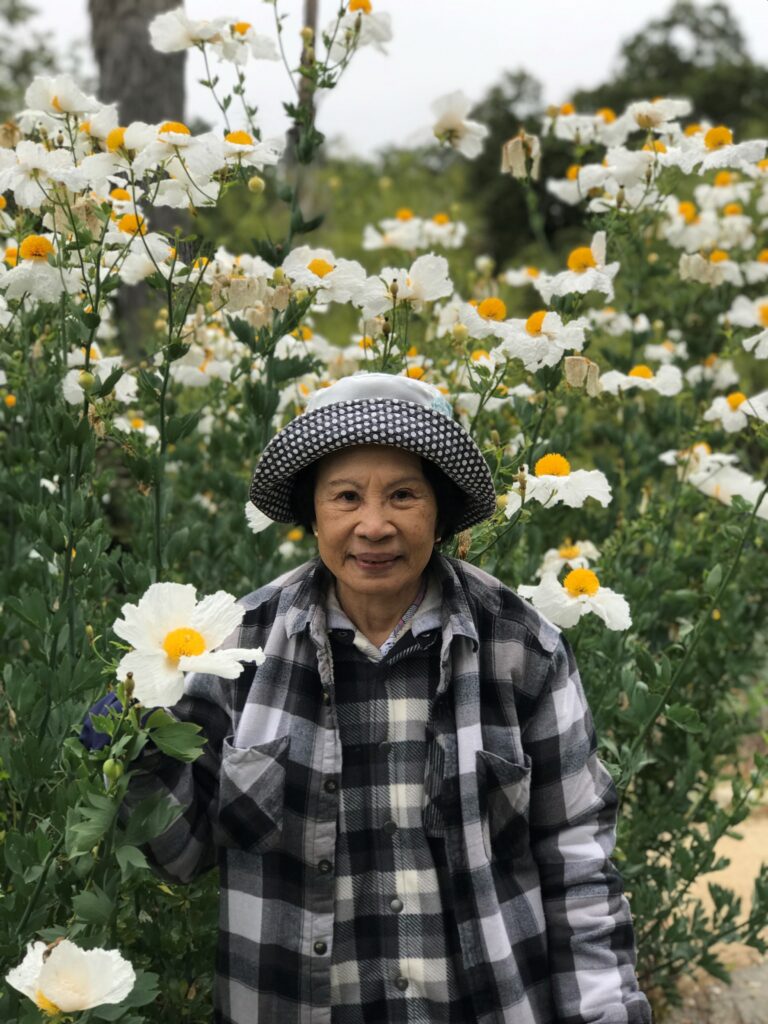 Known to many as “Jean” or “Virg”, Virginia Camero was born in the farming, fishing, and logging town of Claveria, Cagayan, Philippines on April 30th, 1943. Daughter of Leopoldo and Gineza Agcaoili, she was one of three daughters, in addition to three sons.

She spent her childhood in the Philippines and joined her siblings and father in Hawaii, where she completed high school.   She returned to Philippines in August 1964 to provide company to her oldest sister Pelagia, whose husband had unexpectedly passed away.

Unable to return to the US to start her studies on time, Virginia enrolled at Saint Catherine’s School of Nursing in Quezon City.  She graduated and passed the board in October 1967 and returned to the US that same year.

She met her future husband, Rogelio Camero, in one of her visits to her sister Pelagia, who at the time lived in the UP College of Forestry campus in Los Banos, Laguna.  She returned to the Philippines January 1971 and got married. Having difficulty adjusting to the life in the Philippines, she returned to the States, and Rogelio joined her in Los Angeles later that year.

Virginia began her career as a registered nurse in the maternity ward, ER and the ICU.  After the birth of their first son, Raymond, in 1971, Virginia moved onto her long career as a dialysis nurse. In 1979, the family moved to Oxnard, joining her brother, Roger Agcaoili, as their two families lived only miles from each other. Later that year, Rogelio and Virginia gave birth to their second son, Roger.

In 2006, Virginia retired from Fresenius Medical Care (FMC), and with Rogelio, moved to Irvine to be with Raymond and Roger. However, her retirement was only temporary, as she still felt inspired and motivated to work.  She returned to FMC, and until 2012 she would travel with Rogelio to Oxnard and stay there 4 days a week to work with her old unit.

Virginia was not only a loving mother to two boys, but she was also a mother and inspirational figure to co-workers, nieces and nephews, grandnieces and grandnephews who went on to have careers in healthcare.  In her storied 45-year career, she provided the same loving kindness and care to countless patients she treated.

After her retirement, Virginia enjoyed spending time with her family, making trips to see her brother, Victor, in San Francisco, as well as her brother, Roger, in Bullhead City, Arizona. These family reunion trips were always a highlight for her. The Cameros once rented a car and drove up the west coast from Irvine to Vancouver, Canada. They also took a trip east and drove around taking in the sights in New York City and Niagara Falls, and visiting families in Detroit, Montreal, Toronto, Pennsylvania, and New Jersey. The family took trips to Arizona, Oregon, British Columbia, and places in California such as Yosemite, the Central Coast, Hearst Castle, the Humboldt Redwoods, Sequoia, and Joshua Tree. Having a shared enthusiasm for gardening and landscaping, Virginia and her family were always fond of visiting varieties of botanical gardens, whether locally (The Huntington Library, Descanso Gardens, The Japanese Garden in Lake Balboa), or on road trips (Butchart Gardens in Victoria, BC). This deep-rooted interest, along with Rogelio’s expertise in landscaping, led to the family taking on their most notable family project in 2015, converting their old lawn and landscaping into a drought resistant garden. In her free time back at home, Virginia took part in senior social activities such as Korean line dancing and piano classes.  When her sons caught the running bug, she and Rogelio would be there at the marathon finish lines.

Although Virginia and Rogelio raised their family exclusively in Southern California, Virginia’s connection and love of Hawaii never waned, with numerous vacations in Oahu, Maui, Kawaii, and the big island. She also maintained strong ties to the Philippines, and the family made it a point to regularly travel home and visit relatives living in Claveria, Bani, Binmaley, Quezon City, Davao City, and Batangas. The family also managed to see the sights in Baguio, Palawan, and Bohol. The family’s last trip in 2014 centered on Rogelio’s Golden Jubilee celebration for his graduating class at the College of Forestry in UP Los Banos, Laguna, where Virginia and Rogelio first met so many years ago.  Additionally, Virginia and her siblings made a promise to honor their parents by maintaining ownership and upkeep of their ancestral home in Claveria, ensuring that future generations may also have the chance to visit their roots.

Virginia touched the lives of two very large families, the Agcaoili family (her maiden name), and the Camero/Abelon family. Beyond the bloodline, she was deeply loved and adored by a community of people born out of the friendships to Raymond and Roger. Over the years, the Camero household has been a haven to musicians and travelers who came to know Virginia, Rogelio, and their loving care.

In February 2017, Virginia was diagnosed with lung cancer, and she battled bravely, with the utmost strength and willpower to persevere through the rollercoaster her illness would take her. With a prognosis that devastated her and her family, the Cameros made it their life goal to create as much opportunity for Virginia to enjoy whatever time she had been granted in this life.  Virginia had also made it a point to do what she could to remain strong for as long as she could.  Prior to the pandemic, she and the family would take daily 2-mile walks in South Coast Plaza, and she would still enjoy the long road trips to San Francisco, Bullhead, the Redwoods, and Yosemite.  She endured 5 and a half years of challenges, and even as her final months and days drew near, she kept the strength to maintain her dignity, as well as confront new difficulties with a sense of humor and her special smile.

Surrounded by her family in the last moments of her life, caressed with the love of her family’s touch and spoken the words of love, adoration, and appreciation, she was granted her safe passage into the afterlife.  On evening of June 21st 2022, the first day of summer, Virginia Camero passed away peacefully at her home, survived by her two sons, Raymond and Roger, and her loving husband, Rogelio.