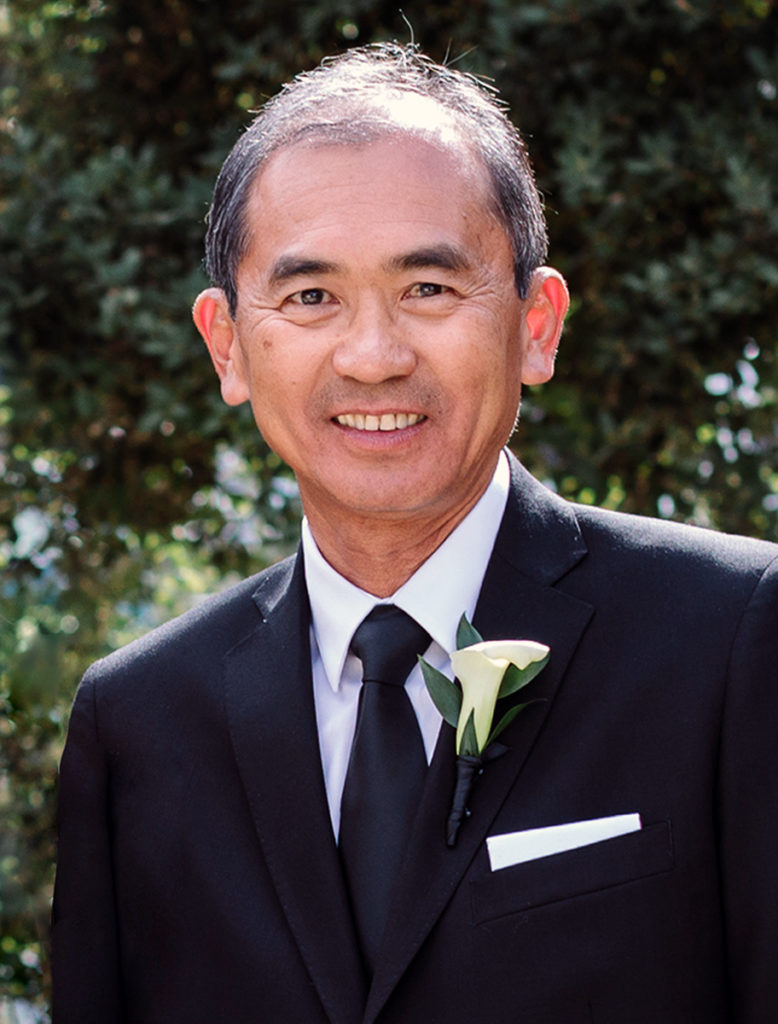 Vinh Q. Pham passed away on March 28, 2020 surrounded by his family at home in Trabuco Canyon, California, after a valiant battle against esophageal cancer, though his diagnosis did not define the nearly 64 years he spent as a loving husband and father, and devoted son and brother.

He is survived by his wife Kathy; daughters, Kristina and Caroline; son-in-law, Bradley Ross; mother, Nien; brothers, Phat, Hanh, Tam, and Hue; and sister, Thu. He was preceded in death by his father, Kinh Pham.

Vinh was born in 1956 to Kinh and Nien Pham in Saigon, Vietnam. A natural athlete, he excelled at tennis from a young age, spending his days playing at Cercle Sportif SaÃ¯gonnais and earning numerous accolades, including junior national champion of Vietnam as a teenager. He left Vietnam in 1973, landing at the University of Wisconsin, Stevens Point in 1974, where he played on the collegiate tennis team. He majored in business administration, though it might as well have been ping pong, foosball or pool, for all the time he spent in the student union’s game room. It was at UWSP where he met and fell in love with Kathy Isherwood. Though decidedly opposite, they were also somehow perfectly suited to one another, and would marry in 1981. In 1983, a job offer for Vinh led them to southern California. In 1986, they welcomed their first daughter, Kristina, and then their second, Caroline, in 1988.

Vinh was, in every respect, a simple guy. He was a man of his word. He valued family, peace, order, and brevity. (He would likely say this obituary should have ended by now. “Too much,” he would always say, with a wave of his hand.) He worked hard to build a good life for his family, spending 12 years of his career as a systems analyst for Pacific Life in Newport Beach, where he continued to work throughout his treatment. Though reserved, he had a sly, often surprising, sense of humor and impeccable comedic timing. He had a warm, beaming smile that came most easily while having a laugh with his siblings over a meal or a beer with his tennis friends after a good day at the courts. He will be remembered for his devotion to his family, his quiet strength, and his laid-back, easy spirit. All his life, he led by example, in his own calm, selfless way. He will be missed enormously.

We will celebrate Vinh’s life with a memorial service at O’Connor Mortuary in Laguna Hills on Wednesday, April 8, 2020 at 9:30am. Flowers may be sent to O’Connor Mortuary and donations may be made to the Hoag Family Cancer Institute in memory of Vinh Q. Pham.

Click to view our memorial video tribute to Vinh, which will also play during his service.