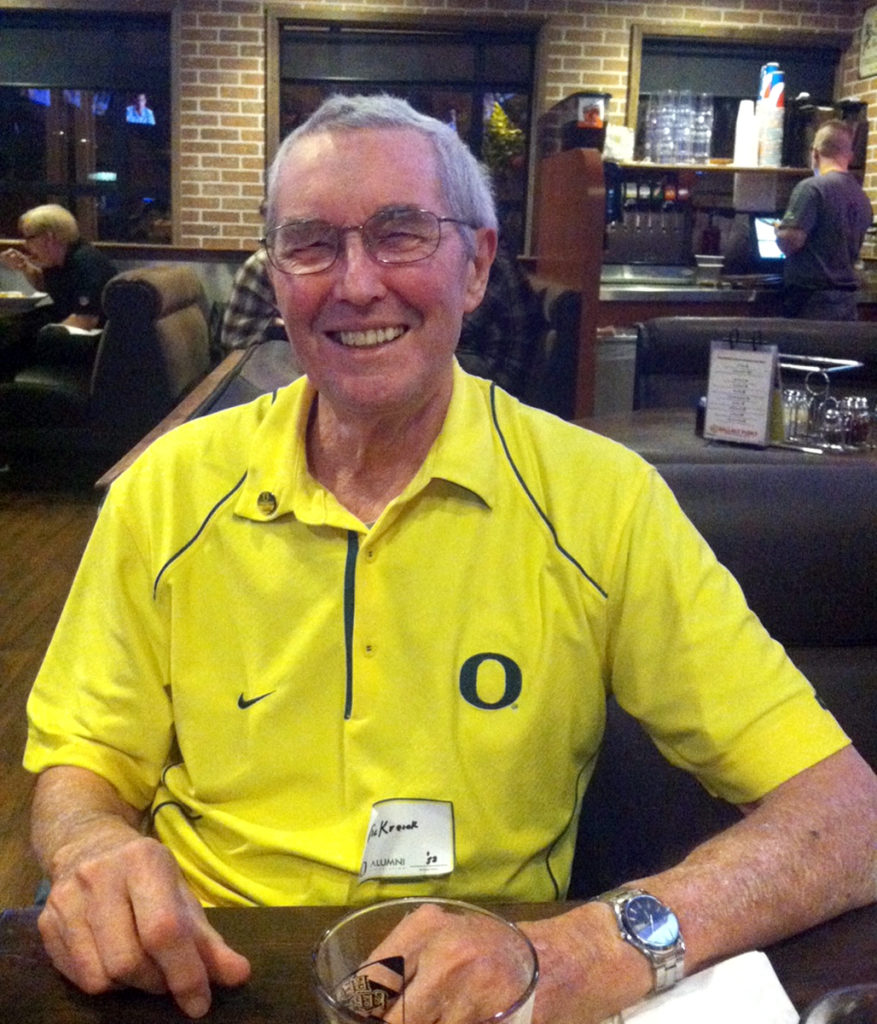 Victor Eugene Kreick passed away peacefully at his home on November 19, 2021.

Vic was born and raised in the Portland Oregon area, and lived most of his life in the state of Oregon.

He was a graduate of the University of Oregon in 1953. He was a member of Phi Gamma Delta fraternity.

Vic was a veteran and served in the Army in the Korean war.  He was stationed at Ford Ord, CA.

He retired after a long and successful career in the Paper industry, working for the Pacific Coast Association of Pulp and Paper Manufacturers as a Job Analyst in management.

Vic was well known for his years of service as a coach in the Mt. Sylvania Little League and Jackson Babe Ruth baseball leagues.

In 1982 he was awarded Portland’s Amateur Baseball Association, Baseball Leader of the Year.

He was an avid runner and ran in several Portland Marathons.

Vic was a big sports fan, and was a 23-year season ticket holder for University of Oregon football.

He spent most of his retirement in the Portland area, but in July 2014 moved to the Laguna Woods retirement community in Orange County CA.

He is survived by his wife of 63-years Beverly Kreick, of Laguna Woods CA.

And David Kreick (Toni) of Reno NV and one granddaughter.

The family asks that remembrances be sent to the Alzheimer’s Association of Orange County CA.