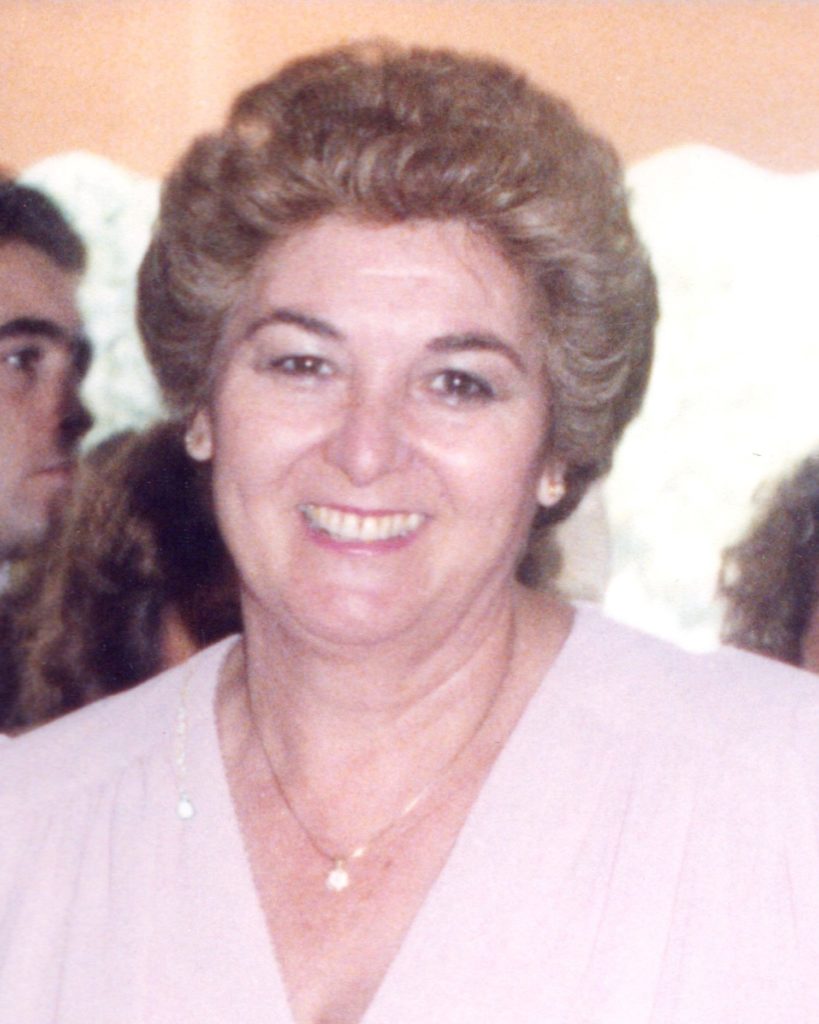 Due to the rise of Franco, and the fact that RamÃ³n was an active political proponent to Franco’s regime, the young family was forced to separate when Valentina was only 2 years old. RamÃ³n went into hiding in France while Consuelo brought Valentina back to Azuaga, Spain to be near family. This separation would last for over 10 years, and Valetina would not see her father again until she was 12 years old.

Though rich in values, the family was monetarily poor; many times, morning meals would consist only of fried orange peels. To make ends meet during her father’s absence, her mother, Consuelo, became a servant. Eventually, due to her father’s continued efforts along with the assistance of a family in California who volunteered through the Red Cross, the family was finally reunited in 1948.

It has been told by RamÃ³n with laughter and a smile, that when his wife and daughter crossed the border from Spain to France, Valentina’s first request to her father was to see his hands. When he asked why, she said it was because “they told me we have the same hands.” He asked what gift she would like and she replied “a red coat like the one the Princess from England has.” Red was her favorite color and Valentina was never shy in asking nor in giving.

RamÃ³n found it disheartening that due to Franco’s reign, his daughter had been unable to receive a proper education in Spain, so he enrolled her in a convent school in France. Valentina proved to be a very quick learner and within a few years, went from not being able to write her own name to learning how to read and write in Spanish as well as French. The nuns would use Valentina as an example for her classmates of what hard work can accomplish. Within those few years, she graduated first in her class. Valentina would continue her love of language later in life by becoming fluent in English as well.

In 1952, the Gordons made their way to Montreal, Canada in hopes for a better future. Valentina and her life long friend, Anne-Marie, were both children of parents who had fled Spain. Together, they found work as a cigar rollers and, when the two were reprimanded for talking too much at work, decided to get around the rules by singing to each other to continue their conversations. This kind of behavior usually came with a wink and a smile from Valentina, which became a lifelong signature gesture of hers.

At a dance in Montreal, Valentina met the love of her life, Ã‰douard Wlodarczyk, a young Polish/French political activist turned taxi driver who was also on his way to seeking out a better life. He fell in love with her right away, and the young couple married on May 26th, 1956.

In 1959 they welcomed their daughter, Linda, and their son, Carlos, in 1960. By 1965, Ã‰douard had become a master carpenter which afforded the family the opportunity to leave the cold Montreal winters for the sunny shores of Palos Verdes, California.

Valentina and Ã‰douard became American citizens, but never forgot where they came from. They took their children on many travels abroad, visiting Europe and Montreal to see family and friends. They always remembered all the friends they made along the way with tremendous affection.

Valentina was an active member in the Spanish club well-known for her delicious paella and sense of humor. When Valentina was around, there was always laughter and dancing. The Wlodarczyks were blessed to always be surrounded by many close friends whom they considered to be family. Always hospitable with a charming knack for entertaining, Valentina loved to make people feel welcome, hosting many parties and get-togethers over the years. She loved to lavish those around her with gourmet meals, lively stories and wonderful memories. She dedicated her life to being a wife, mother, grandmother, aunt and dear friend.

In their later years, Valentina and Ã‰douard became grandparents to four grandchildren and eventually retired in Las Vegas to help raise their two eldest grandchildren.

More recently, Valentina was diagnosed with Alzheimer’s and, in May of 2018, just one hour shy of their 62nd wedding anniversary, Ã‰douard passed peacefully surrounded by family. One blessing due to the effects of Alzheimer’s was that Valentina never seemed to have felt the loss of her dear Edouard, as according to her conversations, she still seemed to be receiving visits from him in her final year.

On Thanksgiving Day, November 28th, 2019, with loved ones by her side, Valentina left this world to be reunited with her loving husband and parents once again. We have a feeling she’s getting everyone we miss now in heaven together again. She always had a way to bring us all together in joy and comfort.

Valentina is survived by her many friends and her children, Linda Wlodarczyk Marsh (precedent son-law Gregory) and Carlos Wlodarczyk, her grandchildren, Patrick Coleman (his wife Sarah), Lauren Coleman, Jacqueline Wlodarczyk and Spencer Wlodarczyk, and her soon to be great-grandson, Aidan Edward Coleman. Details: Services to be held at Our Lady of Fatima Church 105 N La Esperanza, San Clemente, CA 92672 10:00 AM Rosary and Viewing 10:45 AM Mass Reception to follow