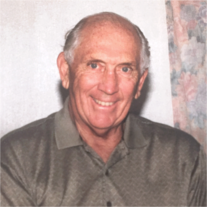 After graduation from Dartmouth, he served in the United States Army during the Korean Conflict from October 22, 1953 to September 1, 1956. He was stationed in Washington, D.C, where, as a member of the Counter Intelligence Corps, he conducted covert surveillance operations against foreign agents. It was during his work in Washington DC that he met Joan Hollen. She was also working in a covert job for the FBI. Although they could not discuss their jobs, they had apparently enough to discuss and got married in Joan’s hometown of Fairmont WVA. Until the day he died he never divulged the content of those operations. After his service was complete he attended UCLA School of Law.

After graduation from Law School in 1959, he was admitted to the California State Bar on June 17th, 1959, and was a proud member until his retirement on July 1, 2011. He received special recognition from the Bar for being a Member in good standing for over 50 years. He specialized in Municipal Water District Bond law, and was a highly regarded expert in this very specialized area of Law.

In his early years as an Attorney in Los Angeles, he also served as Chairman of the Los Angeles Open Golf Tournament for the Los Angeles Junior Chamber of Commerce. His love of golf lasted throughout his life.

Urb loved his days at the LA Athletic Club, Golf, reading, playing guitar, and more golf. He was a long time member of the Dove Canyon Golf Club.