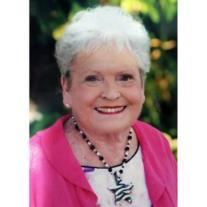 Trena Sue McDougal was born January 10, 1942 and passed over into the hands of the Father at 3:33 am February 8, 2015. She leaves behind to mourn three daughters; Shawna Sexton, Rachel Kubik, her husband Jack, Elizabeth Schwab, her husband Zach; her beloved grandchildren, Justin Sexton, Sydney and Kyler Kubik, Malachi Schwab and; her 93 year old mother, “Granny” Velma Layman; sisters Ramona Cipponeri, Joyce Berry, and Lavendia Ketchum. She will be fondly remembered by her loving nieces and nephews in whom she took great joy. Trena also leaves behind her embraced daughters Kathryn Knibbe and Marti Orr; countless relatives and friends from all over the nation and world. She was preceded in death by her father JD Layman and former husband Rod McDougal.

Trena was born outside the small town of Hanna, Oklahoma where she spent many days picking berries, fishing along the streams and helping her mother with chores on the farm. Even at a young age she was consumed with the desire to be used by God to reach the lonely, lost and desperate of the world; sitting on the edge of her seat or at the alter praying, “God, pick me, pick me!”

In 1955 Trena moved with her family to Bakersfield CA. This started her first official venture into the ministry as she joined with friends in starting Bible studies at school, developing her music in the church Orchestra, and public speaking skills on the debate team. In 1960 Trena was part of the first graduating class of South High School.

As a twenty year old sincerely desiring to be used by God and make a difference in the world, Trena traveled to New York City with her friend Linda Meissner. They worked on the streets of New York for a summer with evangelist David Wilkerson. During that time they met Becky Lozano and the three of them started the Teen Harvester Trio. They would go on to spend the next seven years traveling across America together speaking to youth and enjoying revival in the churches.

Trena was married in 1970 to a handsome young Commander named Rod McDougal. They served as leaders in the “Jesus People” movement in the Pacific Northwest until moving to accept a position as youth pastors in Surrey, BC. At this time Trena became an early leader in Woman’s Aglow Fellowship. It was also during this time in 1973 she welcomed her daughter Rachel Christine into the world.

Trena, along with Rod and their daughter Rachel moved to pastor an Open Bible church in Bellingham, WA in 1974 where they would live for seven years. Trena continued her involvement with Women’s Aglow assisting in developing training materials, whose basic principles are still used today.

In the summer of 1981 Trena and her family flew to the Philippines to begin what would be seven years of ministry in a nation experiencing a great ingathering of souls. They would go on to hold eighty-four citywide Miracle crusades throughout the nation. Trena’s pioneering spirit helped expand the Women’s Aglow movement. Women were drawn into the monthly meetings and forty Aglow fellowships sprung up across the nation under her mentorship. In late 1983 Trena was blessed with her second daughter Elizabeth Joy.

Christ the Rock Fellowship in Lynnwood, WA welcomed the family back to the United States in 1989. Trena’s pastors and mentors Doug and Patricia Ruthford along with Jon and Judy Engstom served as a springboard for what would be the best years of her ministry together with her husband Rod. They had the privilege to travel extensively while speaking and mentoring leaders in more than sixty-five nations. Shortly after the fall of the Iron Curtain, they filled stadiums throughout the former Eastern bloc and Soviet nations; preaching the gospel of Jesus Christ; seeing millions of souls ask Jesus to change their lives and physical miracles too numerous to tell. When she was state-side she actively ministered to the community around her, including the church’s singles group.

Trena maintained an active role in Women’s Aglow Fellowship through many years of dedication. She held such titles as National President of Aglow in the Philippines and Africa Coordinator of Aglow International. She worked tirelessly to bring women into a closer, fuller relationship with the Lord.

Trena was an incredible, loving, and unconditionally supportive Mother whom her daughters adored. She had an uncanny ability to connect with people on a deep level; intuitively sensing their pain and ministering to their needs. She loved to celebrate the many small things in life treating each moment with care; when she wanted a cup of tea she didn’t just boil water and pour it into a cup. She would meticulously prepare a tray complete with a china teapot, sugar bowl and pitcher of cream. Waiting patiently for the tea to brew before carefully pouring it into a teacup placed carefully on a saucer. She would treat visitors who came to her home as distinguished guests, never missing an opportunity to break out the fine china.

Her mantra “What’s pain got to do with it anyway? I still have to do the will of God and fulfill my destiny,” inspired those around her in a deep and meaningful way.

Trena was always involved in ministry wherever she landed, her roots planted deep to feed the fruit that flowed from her soul in a river of love and acceptance. In 2005 when she moved to Laguna Woods, CA to enjoy her retirement with her Mother, children and grandchildren she quickly became involved with Celebration Church in Aliso Viejo, CA and was joyously and miraculously reunited with her daughter Shawna. It was during this time that she was inspired to record her experiences of a lifetime of mentoring women to discover God’s gifts. This book “A Heart for Women” shares the genuine story of her life and provides a guidebook for those aspiring to be mentors.

In the sunset of her life she once again picked up the torch; organizing teas designed to minister to women and participating as a mentor in church. Her most recent passion and honor was to serve as Dean of the Supernatural School of Ministry with Pastors Doug and Debbie Healy; reveling in the new and profound outpouring of Pappa God’s love and witnessing the transformation and healing it brought in overflowing waves.

Trena also had a passion for children of AIDS victims in Zimbabwe. She was working with one of her dear friends Eggrinah Kaliyati to establish an orphanage outside of Bulawayo for those who lost their parents to this disease.

In honoring Trena’s memory flowers are welcome or a donation to the Bulawayo Orphanage can be made to the Trena McDougal Memorial Fund at www.myccav.com under “Give.”