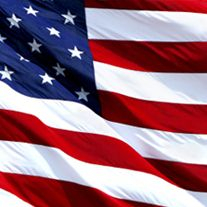 Tim is survived by his wife, Nancy, and two children, Jennifer Bruning and Chris Powers and his son-in-law, Alex Bruning. The oldest of eight brothers and sisters from an Irish Catholic family, Tim leaves behind three sisters and their spouses: Mary and Eric Wing, Kathleen and Robert Ghizzoni, Eileen and Michael Ten Eyck; three brothers and their spouses John Patrick and Cynthia, Brian and Shari and Brendan and Kim Edwards; as well as 13 nieces and nephews. He was predeceased by his brother Michael in 2015, his mother, Jean Powers and his father, John Powers.

Tim began his career as an officer in the U.S. Navy in 1979, serving 12 years of active duty and 11 years in the Navy Reserve. He completed the Reserve Officer Training Corps while attending Rensselaer Polytechnic Institute in Troy, New York where he earned a B.S. in Biology. His military career brought him to San Diego, California in 1980. He rose to the rank of Commander assigned to several amphibious ships, inshore warfare and surveillance commands. During Operation Desert Shield, he was deployed to the Persian Gulf and Kuwait.

One of Tim’s favorite pastimes was watching the Military History Channel and the American Heroes Channel. He was a walking encyclopedia of modern warfare, especially from WWII to the present. He found inspiration in the acts of valor of so many that served selflessly and the brotherhood and honor that defines the U.S. military.

From 2004 until his death, Tim worked for Stanbridge University, first as an instructor, then as Dean of Instruction. He was proud to help design and implement programs in nursing and allied health professions. Tim liked to complete his administrative duties as quickly as possible so that he could spend the rest of the day and night teaching classes. He took enormous pride in his students, helping them succeed in their education so that they could make a difference in the lives and health of others. The son of a high school science teacher and an English teacher, Tim understood that a teacher affects eternity and taught classes until the very end. Through his students, Tim’s life continues.

Throughout his life, Tim was a voracious reader, often consuming 10 books a week with almost perfect recall. He was notorious for playing Trivial Pursuit against a dozen or more people – usually winning the game before the other team even got to roll the dice. Hours before he died, Tim was telling his family the name and composer of each classical music piece that came on the radio.

Since being diagnosed with lymphoma in January 2016, Tim used his own life as a teaching opportunity, sharing his experiences with nursing students. Just days before he died, the media team from Stanbridge came to video his comments to share first-hand experience of a cancer patient.

A memorial service will be held on Sunday, October 8, 2017 at 2p.m. at Community Presbyterian Church, 32202 Del Obispo St., San Juan Capistrano. His remains will be buried at sea with military honors.

In lieu of flowers, the family suggests donations to Be the Match, the national bone marrow donor program. You may donate financially or register as a donor to potentially provide a second chance at life for a cancer patient. Bethematch.org