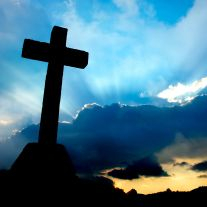 We regret to announce the death of Reverend Tadhg (Tim) MacCarthy on June 17, 2016. He died peacefully after a long battle with Parkinson’s disease.

Rev. Tadhg was born in Kinnegad, County Westmeath Ireland in 1935, the second child of Tadhg and Josephine MacCarthy, both primary school teachers, and had four siblings: Finbarr, Mairead (RIP), Diarmuid & James. He attended the local primary school from 1939-1948 & afterwards St. Finian’s College Mullingar from 1948-1953, the junior seminary of the Diocese of Meath. He studied for the priesthood at All Hollow’s Dublin where he was ordained in June, 1960. Following in the footsteps of his late uncle Msgr. James Nash, he opted for missionary work in California.

Rev. Tadhg had a lifelong interest in the classics & English literature, as well as a love of telling stories & singing songs. He later received a Master’s Degree in counseling at California State University. He ministered at Mother of Sorrows, St. Genevieve’s, St. Andrew’s, Our Lady Queen of Angels, St. Hedwig, St. Cecilia, and retired to St. Nicholas in Laguna Woods.

At his request, all donations if desired, can be made to the Diocese of Orange Department of Education.