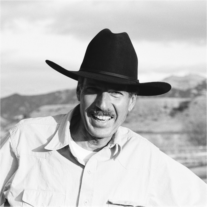 In 1946, the entire family relocated to El Centro CA, where Dr. Schauwecker took the opportunity to move west to run the local pharmacy. Thomas graduated from El Centro’s Central Union High School in 1951.

“The decision to become a veterinarian came during my last two summers in high school. At that time, I had been working on a Charolais cattle ranch in the Imperial Valley at $.50 per hour. I owned a horse and played cowboy riding and roping cattle. My dream was to own a cattle ranch someday. I had been thinking about U.C. Davis and animal husbandry. One day, an old cowboy roping buddy said to me, “Why don’t you become a veterinarian?” And so, I applied and was accepted.

After graduation, I was hired at two different practices in the Los Angeles area. This didn’t last too long as I was called into the Army. After a three month Vet. Corp. training in Chicago, I was sent to New York City for two years. This turned out to be two wonderful years stationed on Governor’s Island at the tip of Manhattan. I learned to fly, had a vacation tour of Europe, and in general, an easy tour in NYC with easy access to all it has to offer.

In 1960, following the Army years, I became an owner of a mixed practice in El Centro CA.

I met my first wife, Anne, at a wedding of a mutual friend. She was a bridesmaid from Santa Ana and we hit it off at the reception. We married a year later in 1962.

I sold my practice in 1964 and we moved to Santa Ana. While doing relief work for numerous hospitals throughout L.A. and Orange Counties, I purchased land in San Juan Capistrano for my future hospital practice. The San Juan Animal Hospital was opened in 1966. In 1987, I sold the practice to another U.C. Davis graduate and remained on staff as an assistant for about two years, then retired completely.

My life has been a great one. I have traveled extensively, visiting more than 110 countries, some of which are considered “exotic” and remote. I live part time in California, and in Montana (and, up until 2009, in Idaho). I enjoy scuba diving in the South Pacific, and just this past year (2006) gave up downhill skiing after 45 years of it.

Still enjoy fly-fishing, both in the Northwest and abroad. Photography is a favorite pastime, and I still ride horses and help local ranchers in Montana with their cattle.

The one tragedy in my life was losing my first wife, Anne, after 30 years of marriage when she died unexpectedly from complications following a bicycle accident in 1992. She was a wonderful woman and wife.

I was fortunate to find a very special woman who I married in 1994. Bonnie had been an acquaintance of ours from years before through a mutual friend. We had lost contact, which was renewed when Bonnie, having learned of Anne’s untimely death, tried to set me up with her best girlfriend. After seeing Bonnie again, I never met the friend. Bonnie is an accomplished landscape artist. We share and enjoy most sports, activities, and have numerous other interests and philosophies in common. I am a very lucky man to have had two very outstanding wives.”

Tom is survived by his wife, Bonnie, and his brother Lee.

Please consider making a donation to one of the following organizations in Tom’s memory: