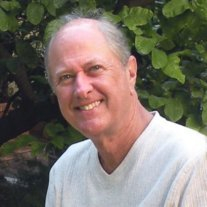 Tom Goodall, 66, of Mission Viejo passed away peacefully October 10 with family by his side. He succumbed to pneumonia and other complications arising from a short and courageous battle with brain cancer.

Tom was born in Jacksonville Florida; his father was a career Naval Aviator and his mother had served as a Link Trainer Operator as a member of the WAVES during WWII. As part of a military family, Tom lived all over the country and in Italy during his school years. When his father retired, they settled near Washington DC where Tom graduated from Surrattsville High School and went on to attend Prince George Junior College.

When the draft came calling in 1967, Tom enlisted in the Marine Corps. He completed basic training at Parris Island, SC and then received orders to Camp Pendleton, CA for staging to ship out to Vietnam. Tom accepted these orders as his duty to his country even though as a “sole surviving son” he was not required to serve in a war zone. Tom was assigned to the motor transport group stationed near Quang Tri, Vietnam. He always considered himself very fortunate to be taken under the wings of the Navy Corpsmen as their ambulance driver. They also trained him to do immunizations, minor suturing and medical procedures which were not part of his “job description”. During the latter part of his tour, he volunteered as a helicopter door gunner and was assigned to the 1st Marine Aircraft Wing, MAG-39, HMM-161 Squadron. He flew hundreds of missions during this time and recalled spending his 21st birthday dug into a bunker with shelling all around. Tom finished his active duty stationed at Cherry Point, NC. He was proud of his service and lived up to the saying “Once a Marine, Always a Marine”.

Tom relocated to Mission Viejo in 1990 to marry his long time high school friend, Gale, after they re-connected at their 20-year reunion, and would tell anyone who was around to listen to him that it was the best decision he ever made. Since then he had been highly involved in local Veteran activities. He joined Mission Viejo VFW Post 6024 in 1995. He held several positions as a Post officer before being elected Commander in 2002. He served two terms in 2002 and 2003 then was called by the Post again to serve as Commander 2006 – 2008. In 2003, he also stepped up to take over as “temporary” editor of the Post’s monthly newsletter when the current editor resigned; a job he continued to do faithfully until the time of his death.

Tom was an employee of Nexgen Industries and formerly Polytech for 23 years and had numerous local customer/friends throughout Orange County. He enjoyed his job because as a salesman he was out socializing with people all day. He truly loved his customers and developed many lasting personal relationships and often followed them for years as they moved from job to job.

Tom could light up a room with his smile and always made strangers feel like friends. He was a man of exceptional character, had a deep love for God, Country, and family and was a devoted husband, father, grandfather and friend. He will be greatly missed by all whose lives he touched.