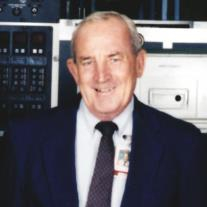 Thomas A. Bray, of San Clemente, California, passed away on April 30, 2015. The cause of death was respiratory failure. Tom, born February 4, 1934, in Holliston, Massachusetts, was the son of Dr. Thomas A. Bray, a renowned physician in the Worcester-Boston area, and his first-generation Irish mother, Mary Frances Cassidy Bray.

Tom is survived by his wife, Dorothy and by his 3 children: Gregory Bray (wife, Jeanne), Susan Bray Magnall, Patricia Bray and grandchildren: Garrett Bray, Natalie Bray, Alexandra Magnall, Marissa Bray and Madeleine Bray. He also is survived by a sister, Mona Bray of Holliston, Mass. His parents and two brothers, Patrick and Jim, preceded him in death.

He attended schools in Holliston, Mass., and served in the U.S. Army during the Korean conflict. Using his G.I. Bill, Tom attended Boston College and graduated in 1958 with a B.S. degree in Industrial Engineering. He also served as a volunteer with the Holliston Fire Department, reflecting a life-long dedication to the fire services.

In 1961 Tom left Massachusetts for Southern California where he joined the numerous young professionals in the Aerospace industry, working at North American Aviation in Anaheim and then for the remainder of his career at Hughes Aircraft in Fullerton, ending his career as Division Contracts Manager, Underseas Systems Division.

In early 1963 in the dynamic social club environment of that time, Tom met Dorothy, and after their first date, Tom, the Boston Irish Engineer and Dorothy, the small town Illinois school teacher became a couple who this year celebrated 51 years of marriage.

They moved to the small beach town environment of San Clemente in 1964 where Dorothy was a founding faculty member at San Clemente High School. They raised their children there, where the family center was their ocean-view home of over 50 years. Tom’s encouragement was steadfast in support of Dorothy’s career and achieving her Doctorate in Education. This resulted in their having a notable commuter marriage for 20 years and found them with second homes in Sacramento, Palm Desert, and Honolulu. Tom and Dorothy led an active life, linking each’s professional and personal travel for both national and international memorable trips. They particularly enjoyed the friendship and visits of British friends.

Tom retired in 1993, became an avid gardener, planning his extensive gardens with his engineering efficiency. He also enjoyed working on house projects and relaxing by looking at his ocean view. He also devoted his time to his other “loves”, the family dogs who shared his daily activities with returned affection. True to his Irish heritage, he was an active member of St. Edward’s Catholic Church in Dana Point, California.

Tom, the person, epitomized the words from the famous song: “When Irish Eyes Are Smiling.” Called by neighbors as “The Gentle Giant”, he was known as the Dad that all of the neighboring kids wanted. His family history described the Brays “as possessed with that keen wit that only the Irish are blessed with. And they all had a deep love for each other” and with such love our family survives the loss of our beloved Husband, Father and Grandfather.

A Funeral Mass will be held at St. Edward’s Catholic Church in Dana Point on May 21, at 11:30 a.m. His ashes will be privately scattered for burial at sea at Dana Point Harbor. In lieu of flowers, Tom asked for donations to the Guiding Eyes For The Blind.

1 responses to Thomas A. Bray