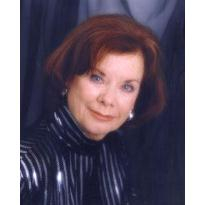 Theresa Auskalnis, 73, died February 7, 2010, with her family by her side at Saddleback Hospital, Laguna Hills, CA.

Theresa was born September 14, 1936 to Andrew and Mary Crolla in Manchester, England. She had seven brothers and sisters, Andrew deceased, Gerard, Mary, Madeleine deceased, Winifred deceased, Sheila deceased and Thomas. She fell in love with a US Air Force soldier, Donald Auskalnis in 1953, married in 1954, had two children, and was widowed in 1955. Theresa permanently immigrated to the US in 1970 and became a citizen 30 years later. She never remarried. She devoted herself to raising her two children and then being involved with her two grandchildren.

Theresa was a member of the San Francisco Solano Catholic church. She enjoyed working at Legend’s, going to the gym, her garden and her church; but she loved her family most of all. Theresa overcame many challenges in her life with great strength and grace including breast cancer. Anyone who knew Theresa would describe her as spunky, strong, funny, kind, gracious and a devoted mother and grandmother.

Theresa will be missed by her children Vicki Easterling and Mark Auskalnis; son-in-law, Randy Easterling; and grandchildren Andrew and Corinne Easterling.

Donations may be sent to the American Cancer Society, Susan G. Komen Foundation, or the San Francisco Solano Catholic Church.