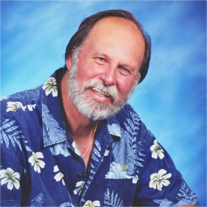 Ted Lauriano was born in Oahu, Hawaii on March 28, 1943. At the age of 13, he had made his home in California, moving to Garden Grove. Ted had attended Rancho Alamitos High School, where he graduated in 1961 and briefly attended college.

He had met his wife, Sharon Lucille Bygum while working in a restaurant located in the Disneyland amusement park. They were married on December 22, 1963.

Ted had made his Career with The Coca Cola Company starting in product sales and distribution to restaurants in the Long Beach area. He promoted to Delivery then Transportation. He was in management, for a period of time. Ted served 35 years before he retired. His love for building blossomed as he worked with wood, morter, bricks and rock. The fabrication with this media had brought him great satisfaction. Theodore’s love of animals had brought great peace as he donated to ASPCA for their well being.