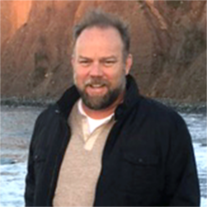 Theodore Anthony Prenovost (Ted) aka (Teddy) aka (Teddy Ball Game) went home to heaven on February 9, 2017 with grace, peace and dignity. Ted was born on February 5, 1967 in Whittier, California the 7th child of his loving parents Tom and Kathleen Prenovost.

Ted’s expressions of love were bigger than life. He was a great friend and mentor to all of us with his enthusiastic welcoming invitation with everyone he met. His big smile, his love of music, the characters he dresses up as, his boundless energy, and his over the top devotion to his family shined through. Ted was an avid musician, snow skier, surfer, hiker and all around good guy.

Ted graduated from St. Paul High in Santa Fe Springs, CA and University of California Davis, CA where he played football as a defensive lineman. Ted graduated from Western State College of Law in 1994 and began his Legal Career at Safeco Insurance and then joined his brother Tom at Prenovost, Normandin, Bergh and Dawe, in Santa Ana, CA. Ted was a very successful Partner where he developed the construction defect defense work elevating his Orange County Law Firm to the Top 50 Firms over the past 7 years. Ted mentored the associates, taking great care with the opportunity to serve his clients, and ensuring the legal work provided was professional with a commitment to quality.

Ted is preceded in death by his parents, Tom and Kathleen and his brothers Doug and Bruce. Ted is survived by his sons Taylor, Tanner, and Treyton Prenovost; his partner in life, Dana Southworth and her daughter Brianna, and his ex-wife Jenel. He is also survived by his brothers Tom Jr. and David; his sisters Michele Ruegg and Annette Crotty; his brother-in-law John Ruegg and sisters-in-law Amy, Jeannie and Michele; and 14 nieces and nephews and 8 great nieces and nephews.

In lieu of flowers, memorials in Ted Prenovost’s name may be made to Corazon de Vida at https://give.classy.org/tedmemorial where Ted was a beloved friend and Ambassador.

9 responses to Theodore A. Prenovost