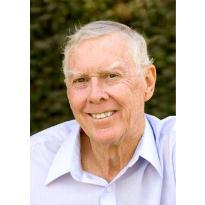 LANDEN, Terrence Stephen, passed away October 26, 2007 after an 18-month battle with cancer. Terry was born February 13, 1939 in Ilford, England and immigrated to Southern California with his family aboard the Queen Mary at the age of 9. He received a Bachelor of Science degree in Electrical Engineering from the University of California at Berkeley in 1964 and was employed by McDonnell Douglas that same year. He married Linda Kay Gainsley on August 24, 1963 in Ann Arbor, Michigan at St. Francis Catholic Church. They settled in Mission Viejo, California in 1974 where he retired in 1994 after 30 years of service in the aerospace industry. Aside from being a highly respected engineer, Terry was a gifted classical and jazz pianist and an excellent tennis player. He enjoyed golf, snow skiing, hiking, running, computers, amateur radio and woodworking. He is survived by his loving wife of 44 years and their three adult children Craig, Christopher and Deborah. Terry is also survived by his brother and sister-in-law, Tony and Jean Landen of Santa Rosa, California, several nieces and nephews, two aunts, one brother-in-law, and four grandchildren, Megan 11, Bret 10, Matthew 7 and Nicholas 5. Terry’s life will be celebrated November 8, 2007 at 11:00am at St. Kilian’s Catholic Church located at 26782 Estanciero Drive, Mission Viejo, CA 92691. The family requests that in lieu of flowers, donations be sent to Vitas Hospice Care Fund, 220 Commerce #100, Irvine, CA 92602.