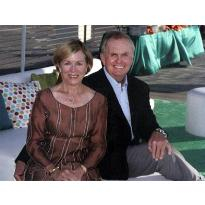 Noonan, Terrence, 72, passed away on Saturday, May 22. He was born on September 11, 1937 in Cincinnati, Ohio. He attended Miami University and earned a Bachelor of Science in Business Administration. He later attended Case Western Reserve University and earned an EMBA. He worked for 40 years in the automotive and plastics industry, with his career culminating as the President and CEO of Furon Corporation. The company was sold in 1999 and he turned his focus to service. He was deeply involved with Mission Hospital, the Orange County YMCA, the Ocean Institute, and California Lutheran University. He had many passions: sports cars, scuba diving, photography, marathon running. He was a member of Gloria Dei Lutheran Church.

He is survived by his wife Carolyn and his sons, Thomas and Michael. He has five grandchildren: Armstrong, Carr, Caroline, Katherine, and Ally.