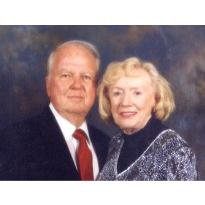 McGovern, Terrance Norbert, 84, of Mission Viejo, CA passed away on October 4, 2008 in his home of heart failure. Terry was born in Des Moines, Iowa on June 19, 1924 as the only child of Jeannette and Norbert McGovern. He attended elementary, middle school and Roosevelt High School there until his dad’s death in 1940. In that year, he moved to St. Paul, Minnesota to graduate from Central High School in 1942 while living with his cousins, the Culligan’s. He enlisted in U.S. Marine Corps in 1942 and became part of the V-12 Navy College Training Program at the University of Notre Dame. After training at Parris Island and Quantico he joined the 3rd Marine Division as a Japanese interpreter. He took part in the final stages of the retaking of Guam and the battle for Iwo Jima. Abrupt end of World War II ended his training for the invasion of Japan and saw him to be part of first group of U.S. Marines to return to China.

Upon his discharge in 1946 he joined his mother in southern California where he graduated Loyola University Law School in Los Angeles in 1950 on the GI Bill. Becoming a member of the bar in 1951 he practiced in the Los Angeles area where he met many life long colleagues. Terry married Dorothy Casey in 1953 at the Church of the Good Shepherd in Beverly Hills. Their only child, Terrance Casey McGovern was born in 1958 in Los Angeles. His law practice evolved into real estate development through the building of homes and apartment complexes throughout the Los Angeles basin.

In 1966, Terry and his family moved to Greenwich, CT as part of a career change to become a business executive for Tampax, Inc. in New York City. He worked for this firm for 18 years and retired as Tambrand’s Vice President of Marketing in 1984. Soon thereafter, he and Dorothy returned to the West Coast and settled in Leisure World in Orange County. Terry served as a consultant to several health and drug companies while becoming an associate professor at Chapman University where he taught marketing to both undergraduates and graduate students. In 1990 he became the CEO of Allied Education, a nationwide chain of vocation schools, headquartered in Irvine. He took over the running of the failed company from its previous owners to guide it through bankruptcy to an orderly conclusion.

After Dorothy’s death in 1993, Terry continued his business activities and in 1994 he married a fellow Leisure World resident, Mary Howard. They moved to the Mallorca development in Mission Viejo in 1999. From 1996 to 2006 they spent 10 years traveling the world and sailing on many cruises.

Terry was an ardent lover of current events, history, investing, travel, and socializing. He is fondly remembered as a great teller of stories and jokes. He is survived by his wife Mary, his son Terrance, and three granddaughters Rebecca, Rachel and Alana McGovern of McLean, Virginia.

A viewing will take place on Friday, October 10, 2008 at O’Connor Mortuary, 25301 Alicia Parkway, Laguna Hills, CA 92653 from 11am to Noon with a funeral mass at Saint Kilian Catholic Church, 26872 Estanciero Drive, Mission Viejo, CA at 1:30pm. Burial will take place at a later date at the Riverside National Cemetery. In lieu of flowers, a memorial gift may be made in Terry’s honor to the University of Notre Dame please go to http://supporting.nd.edu/make-a-gift/memorial-gifts/index.shtml for details.