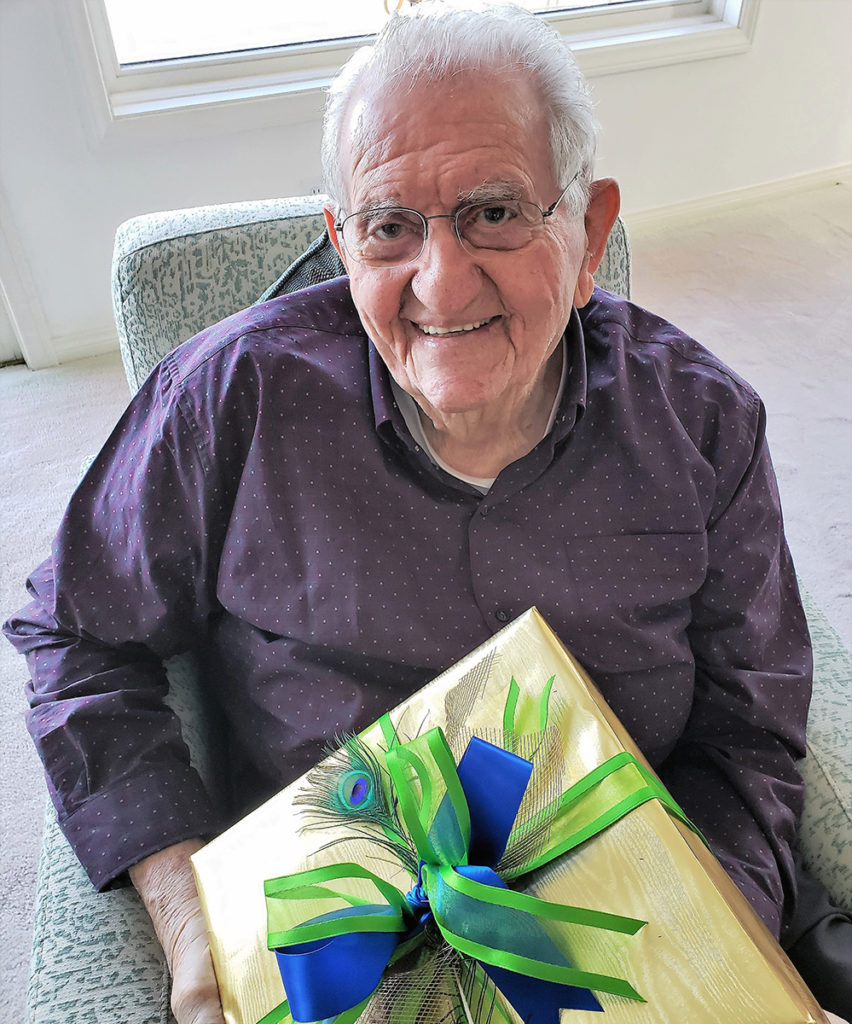 Ted Mooschekian, 90, of Dana Point, California, was taken peacefully from his home on the coast to his eternal home in heaven on Monday, November 18, 2019, after a brief struggle with lung cancer.  He was born in Los Angeles and raised in Whittier, where he attended Whittier High School and Whittier College.  His enthusiasm for life and people was unsurpassed.  When he met Gloria De Garmo at college, he knew immediately that she was the one for him. They were married for 63 years when the Lord took her to heaven in March, 2015.

Ted had an extremely active, productive life.  He was successful in business, from real estate development to apartment management, the job he was still showing up for daily until just a few weeks before his passing.  He loved fishing, hunting, traveling, and watching sports. After he and Gloria relocated to Dana Point in the 1980’s, he encouraged the rest of the family to do the same. His devoted son, Mark Mooschekian, relocated to Capistrano Beach and became his “right-hand man,” in recent years driving him to work and taking him to lunch every day.  His daughter, Sharon Simonian, was thrilled to live nearby in Laguna Niguel with her husband Vic and two daughters, Cindy and Christy. Christy married Kyle Bean in 2010 and they now have two precious children, Ted’s great-grandchildren, Andy, 4 years, and Samantha, born November 21, just 2 ½ days after Ted’s passing.

At age 57, after reading through the biblical Scriptures on salvation, both Ted and Gloria bowed their heads and prayed, admitting their sins and accepting Jesus Christ as their Savior together at their home. Their lives changed dramatically as Jesus became the heart of all they did.  They became active members of Capistrano Valley Baptist Church and later South Shores Church, where Ted served wisely and compassionately as a deacon and a trustee.

“Theodore” means “Gift of God,” and dear, generous Ted was certainly that in the lives of his family and friends.  We are quite sure he would want you to know the true “gift of God” as written in Romans 6:23” “For the wages of sin is death, but the gift of God is eternal life in Christ Jesus our Lord.”  There is no question that because of Jesus’ death in his place, Ted is enjoying the wonders of heaven with his Lord and his dear Gloria right now.  In a moment of prayer, you can do the same.

The family would love to have you join us as we celebrate Ted’s remarkable life on Saturday, December 28, 2019, 10:30 AM, 32302 Del Obispo Street, San Juan Capistrano (the home of Capistrano Valley Christian Schools and temporary location of South Shores Church).  There will be a lunch reception there at the church immediately following the service, when you can share your special memories of Ted.  That will be an extra “gift of God” to us.