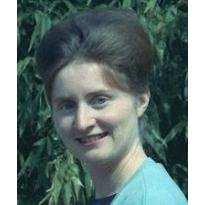 ‘sylvia passed away on January 30th, 2007 at 3:00 pm at her home at Laguna Woods. She passed peacefully in her sleep. We shall not mourn her passing but instead feel fortunate to have had her as a wife, a mother, a mentor, a friend; she was an extraordinary woman. We are blessed to have caring relatives, neighbors and friends who provided help and support during our difficult time.?
Gene E. Chai

She is deeply missed by her husband, Gene Chai, and their children, Grant Chai, Raeleen Chai-Elsholz and Jean-Marc Elsholz, Leigh Ann Chai and Jim Clem, as well as her granddog, Daisy.

Sylvia’s mother, Rosella MacKay Stoyanowski, passed away only two weeks later, on February 13th. Together they have gone to join Sylvia’s father, Walter Stoyanowski, who preceded them on March 15th, 2004. The three are survived by Rosella and Walter’s sons, Don, Albert and Larry Stoyanowski, whom Sylvia called ?the world’s best brothers?.

Some of the many things we loved about Sylvia?

Sylvia was the only one in our family of five her and Gene plus the three kids who could draw easily. It was she who drew the logo of the award-winning restaurant that the family owned from 1980 to 1985. She could also sew, either from a pattern or freestyle. When her children were small, they wore the clothes she made for them. Sylvia has handed down some of her creativity to her youngest child, Grant, and her firstborn daughter, Leigh Ann.

Sylvia used her creativity to the fullest when bringing up her babies and providing a stimulating atmosphere for them. She enjoyed?and enjoyed remembering?how she and Gene, equipped the yard with a swing set, washable blackboard and a homemade kidney-shaped sandbox whose concrete edges were wide enough to ride tricycles around.

She also arranged a variety of activities for her kids, including piano lessons, swimming lessons, ballet lessons and softball practice. No piece was too ineptly played, no performance too boring, no game too lame to keep Sylvia from being right there in front rooting for her kids!

With the pleasure she derived from the early childhood phase of her own children’s development, one might have expected Sylvia to specialize in teaching tiny tots. Instead, her hard work and wide range of interests led her to become an accomplished master teacher of 8-to-12-year olds at the Mardan Center of Educational Therapy. Anyone who walked into the classroom where she taught, with admirable aides like Kris, Karen, Dana, Pete and Joe, was immediately taken with the well-designed wall displays, colorful and full of fascinating materials.

It takes a sense of adventure and a certain resourcefulness to emigrate as Sylvia did at the age of 20 when she came to California to further her education and, after college, to work. Before getting married, Sylvia had room and board at Mrs. Stilson’s house in Los Angeles. Years later, Sylvia and Gene would take their young children, on their way to or from a Chinese dim sum lunch on Saturdays, to visit this wonderful old woman, whose eventual death greatly affected Sylvia.

Sylvia and Gene’s wedding was celebrated in style on March 24th, 1964. Although the couple had to deal with a few raised eyebrows because of their mixed marriage, they let nothing stand in the way of their happiness.

Sylvia’s family in-law lived in Thailand with some distant relatives in China; her own family lived in Canada with some distant relatives in Ukraine. Any drawbacks to the couple’s respective families living so far apart were outweighed by the opportunity to travel, observe new cultures, try local cuisines, climb a thousand steps to a Buddhist temple, ride camels in the Gobi desert? to mention only a few of the experiences Sylvia thrived on.

When Sylvia had a plan, no obstacle was too great to overcome or just plain ignore!, no detail too small to engage her fullest attention. Tenacity was a trait Sylvia handed down to Raeleen, her second-born, who also inherited her uncanny knack for remembering insignificant details.

As everyone who knew her was aware, Sylvia never worried about how difficult it might be to do something. When she had a goal, she would ‘simply? achieve it!

Maybe it was this attitude that made her such a special and successful teacher. Her students tended to succeed, too, and Sylvia won commendations, for instance in the form of recognition in the prestigious Who’s Who Among America’s Teachers. For this, Sylvia was nominated by a student of merit who deemed that she was the teacher who had made a difference. Sylvia’s students and their parents remained part of her life. Their visits and phone calls meant a lot to her always, but most particularly during her last years when she was away from the school.

Maybe it was the same result-oriented approach that helped her cope with ovarian cancer for four and a half years. When she was diagnosed in 2002 after discovering a tumor by herself, she embarked on a long and difficult journey. Her doctor, Jeb Brown, was a level-headed, reassuring presence for both Sylvia and Gene, but special mention goes to her fabulous nurses, Na and Julie. No one could draw blood or get the Porta-Cath to work like they could, and no one went to chemo more cheerfully than Sylvia did knowing Julie would be there.

The whole time, visits from her niece and nephew, Pitt and Tommy, chats with her friend Eleanor, and fun gifts from Dawn kept Sylvia’s morale up. Despite the inconveniences and discomforts of having cancer, Sylvia’s remaining years were also a time for new projects, personal development and further adventures, thanks to all of her ?awesome!? nurses, the affectionate support of friends and family and, perhaps most of all, to her own indomitable spirit.

Sylvia kept on learning to cook different kinds of foods a favorite lifetime hobby of hers and became proficient in scrapbooking. She and her husband were able to travel a few more times until June 2006, for example to northern Thailand to take classes in the art of Thai cooking, to Texas by train !, to Indiana to visit her dear in-laws, to celebrate the 100th birthday of Gene’s uncle in Vancouver, or to Canada on several occasions to visit Sylvia’s mother, Rosella.

Sylvia was glad that her brother, Albert, his wife, Jan, and their two fine sons were there to keep an eye on ?Rosie?, especially after Walter, Sylvia’s deeply missed father, passed away.

Sylvia’s sociability found the perfect outlet in the reconstruction of her family tree. Her beloved family in Canada, along with her many newfound relatives there, were an important source of friendship and support. Sylvia, her husband and their children greatly appreciated their visits and their many kindnesses. In fact, Sylvia began to notice some characteristics of her Canadian family in her children, such as her daughter Raeleen’s resemblance to her mother or certain family traits in Grant’s features.

In October 2006, Sylvia suffered a crisis after which she could no longer digest food. It was a sad and frustrating experience for her to be deprived of the pleasure of eating. Still, she was able to return to Laguna Woods after a week in the hospital to start a new routine with intravenous feeding and reduced mobility.

Having to deal with new devices and tubes didn?t keep Sylvia from visiting her home in Lake Riverside five more times. It was a tiring journey for her, but she loved it there because her gardening creativity and pioneering spirit enabled her and Gene to turn their rocky high desert property into an oasis with tall trees, green hills and flowering plants.

Sylvia particularly loved her rose garden, and she cultivated her rosebushes with love. She liked to cut roses to take back to Laguna Woods, where she spent her last weeks.

?I made it!,? she said on the day she turned 67 some ten days before her decision to stop the intravenous feeding. That evening, the 6th of December 2006, was the last time she rode in a car. The destination was her daughter Leigh Ann’s house, where the family gathered for a birthday movie with Sylvia, who was settled comfortably in an easy chair with her granddog Daisy at her side.

One of the highlights of the evening was the drive over and back, because the streets were decorated for Christmas. Sylvia loved Christmas lights, most especially the full-blown glitter and humor of the holiday scenes orchestrated by Leigh Ann’s congenial neighbors. Leigh Ann’s own yard had benefited from Sylvia’s inspired gardening over the years, so it was in perfect shape to be decked out for Christmas.

Towards the end, in January 2007, Sylvia was often drowsy, but still had her wits about her. She used to laugh about napping with her brothers Don and Larry. Her pleasures included icy cold raspberry juice and the baths that Reyna, her cheery, hard-working nurse’s aide, gave her.

Sylvia’s last telephone conversations took a lot of concentration on her part, but she was still glad to listen and to talk with her friends, especially her Auntie Jane.

Her husband, Gene, was the last person to speak with her before she went into a coma; he helped her to lie down before she went to sleep. It seems only fitting that he should be the one to share that moment with her, as it was he who had contributed the most to her comfort not only during those last weeks, but also during her four-and-a-half year battle with cancer and, before that, as her partner in nearly 43 years of marriage.

Sylvia kept her keen mind, pretty face and bright eyes right to the end, so that we feel she did not ?lose? her courageous battle against cancer. This combatant has simply left the field and moved on to better things.

In lieu of flowers, Sylvia requested that donations be made first and foremost to:
The Mardan Foundation of Educational Therapy
1 Osborn
Irvine, CAÃ‚  92604
949 733-9239
www.mardancenter.com/CONTRIBUTIONS.asp
Teaching at Mardan was one of Sylvia’s greatest joys. In fact, she could not wait to get up in the morning to go to work! Special education was a passion with her, and she was committed to her students. It is her sincerest wish that Mardan continue to improve students? lives and education.
Ã‚
and/or to the:
Women’s Cancer Research Foundation
351 Hospital Road, Suite 506
Newport Beach, CAÃ‚  92663
949 642-5165
http://www.womenscancerfoundation.com/
Sylvia battled ovarian cancer for over 4 and a half years. Not everyone has the inner and physical strength that she possessed, and she wanted her experience to help other women. In appreciation for the exceptional care that she received, she wished to support the Women’s Cancer Research Foundation and the promise that it holds.