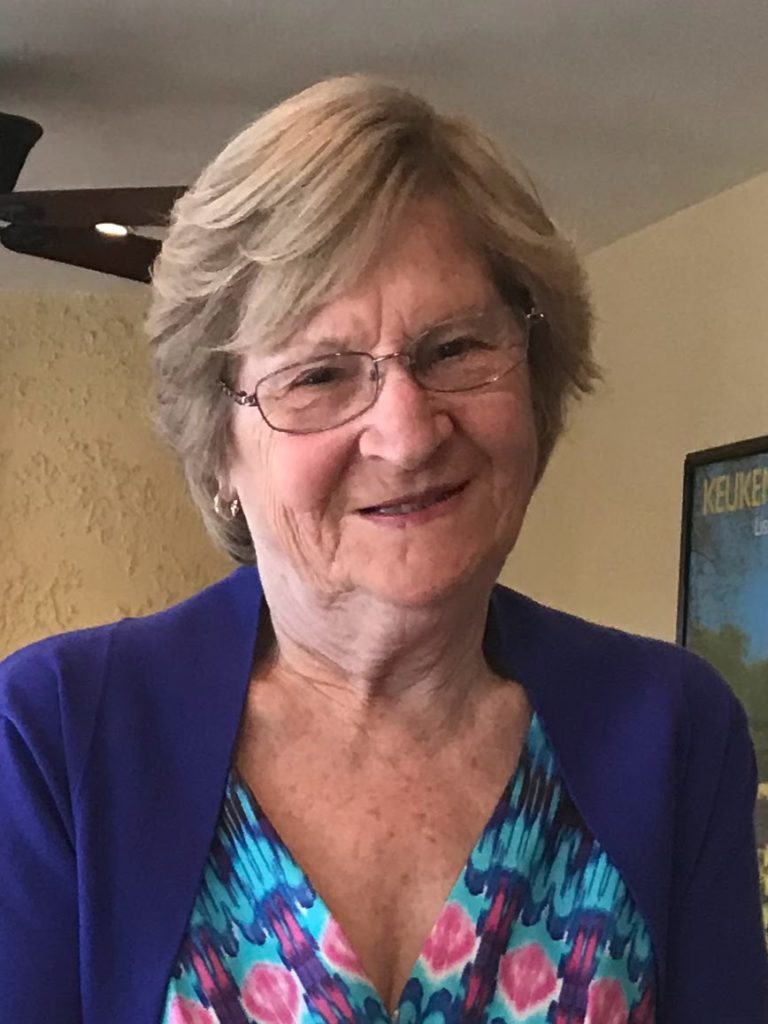 Suzanne Kreamer Wernett, 81, of Mission Viejo California passed away on March 6 after a yearlong courageous battle with B-cell lymphoma. Suzanne was surrounded by family as she peacefully transitioned from this life to the next.

Suzanne was born on March 16, 1940 to Adele and Wesley Kreamer in Hazleton, PA and raised in Jim Thorpe, PA. She was the youngest of three daughters, Janet and Jean who have predeceased her.

Suzanne graduated from Jim Thorpe High School in 1958 and received a professional degree from Bethlehem Business School with a proficiency in shorthand in 1960.

In 1961, Suzanne married Peter Wernett and later started a family with the birth of three daughters. Suzanne is survived by Peter and their daughters Julia (McInerny), Joan Wernett and Jennifer (Love), son-in-laws, Justin, Dan, and Jeff (former), four beloved grandchildren Lydia McInerny, Sophie Carpenter, Henry McInerny, and Charlotte Love as well as eight nephews, her sister-in-law and their families. Family and faith meant the world to Suzanne. Her husband, daughters and grandchildren will miss the best wife, mother, and grandmother anyone could have.

In the 1970s Suzanne and Peter moved from Pennsylvania to the Chicago area where she developed lasting friendships and created a loving home for her family. In the late 1970s, the family moved to Columbia, Maryland, where Suzanne began a successful ten-year career as an executive assistant to pioneering urban renewal developer, James Rouse. During her time at the Rouse Company, Suzanne was inspired by Rouse and his work, including the Indoor Mall of Faneuil Hall in Boston, the Inner Harbor in Baltimore and development of Columbia. After a move back to Pennsylvania, in the 1980s, Suzanne served as personal secretary to Christian writer Bob Raines, at Kirkridge Retreat Center, PA, and Executive Assistant to the Treasurer, East Stroudsburg University in PA. During these years, Suzanne, also enjoyed ten summers with her family in Ocean Grove, NJ.

In 1993, Suzanne joined Peter in southern California. Later, she worked with Peter part-time at PERCEPT, Inc. while also immersing herself in the community of faith at the Laguna Beach United Methodist Church. There, Suzanne enjoyed fellowship, music, and special events, including Vacation Bible School. A long-time member of the United Methodist Women, Suzanne served many fulfilling roles, including as an executive committee member. Above all, Suzanne’s greatest joy was her role of grandmother.

Suzanne’s unending warmth, compassion, and encouragement will be missed by those she touched.  Suzanne had a knack of making others feel special by her personal letter writing and cards. Her family, friends and church were the core elements that sustained Suzanne’s life.

There will also be a memorial service in Jim Thorpe, PA at the Edward F. Melber Funeral Home on July 15 followed by internment at the Evergreen Cemetery.

In lieu of flowers, consistent with Suzanne’s wishes, the family suggest donations be made to the Suzanne Wernett Memorial Fund at the Laguna Beach United Methodist Church.