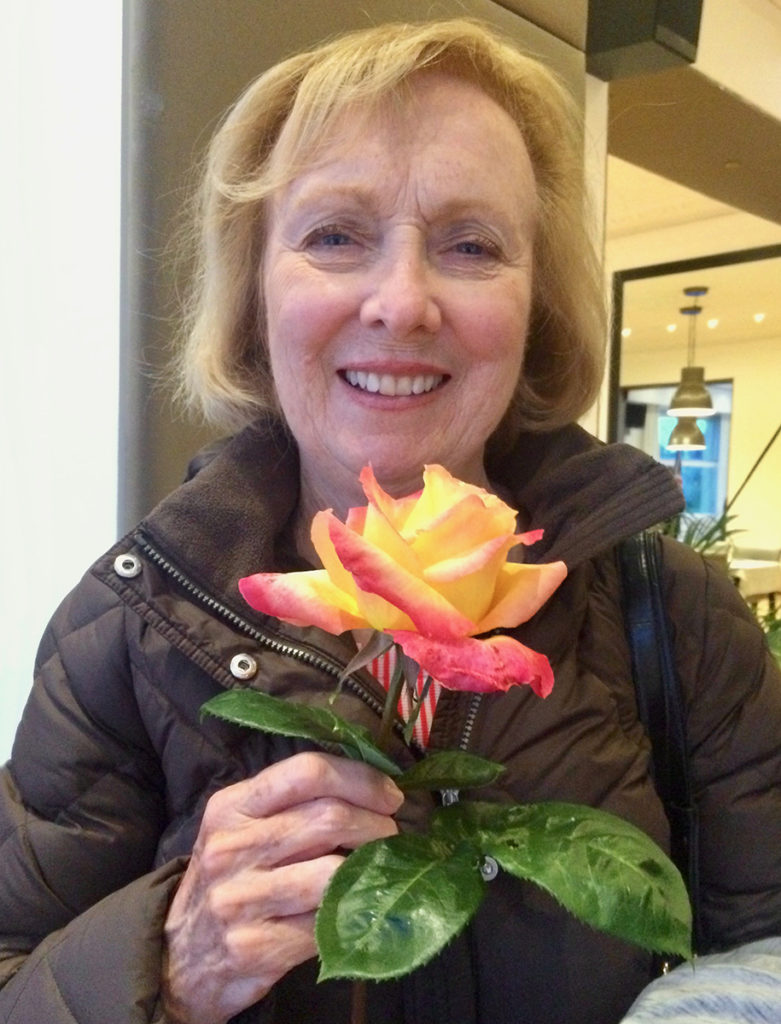 On the morning of Tuesday, June 15, 2021, Sue House passed away peacefully after a brief battle with pneumonia.

Susan Eileen Derryberry was born on December 6, 1947 in Los Angeles to parents Ann and William Derryberry. William served in World War II and Ann was a homemaker.

Sue grew up in Long Beach near St. Cornelius Church In 1950, Sue’s brother, Doug was born. Sue attended St. Anthony’s School for Girls in Long Beach and made her first communion and confirmation at St. Cornelius. Growing up, Sue had a passion for ballet, and became a junior lifeguard.

Sue decided to spend a second year abroad in Germany and studied German at two intensive language programs in southern Germany in the summer of 1969 before moving on to West Berlin in the fall. At a Thanksgiving dinner for students from California, Sue met David, a fellow student from California. Sue and David hit it off and became fast friends.  They kept in touch after  their adventures abroad came to an end. In 1972 David got accepted into a Ph.D. program at USC — conveniently close to Sue! Six months later, Sue and David became engaged, and they were  married on August 25, 1973 at St. Cornelius Church

Sue and David spent another year in Berlin when he received a Fulbright after completing his Ph.D. courses at USC.  David’s academic career resulted in many moves, the first being to Baltimore. There, Sue earned her Masters in Business Administration at Johns Hopkins University. On November 9, 1989, Sue’s daughter Stephanie was born. That same day the Berlin Wall fell, marking the end of the Cold War.

In 1995, the House family moved to Cape Elizabeth, Maine. There, Sue met many wonderful friends and became a faithful member of Opus Dei. While she never loved the cold Maine winters, Sue warmed to the friends and community

Sue was a devoted mother, incredible cook, gifted gardener and avid reader. Sue even donned the hat of teacher after discovering that Stephanie’s grade school did not teach the students Algebra. Unperturbed, Sue homeschooled Stephanie for 6th and 7th grades – no small feat.

In 2002, the House family traveled to Rome Italy for the canonization of St. Josemaria Escriva, one of Sue’s favorite saints. There, the family met Pope St. John Paul II. When the Vatican attendant announced “The House Family, from Portland” The Holy Father nodded and said “Portland, Oregon.” Sue famously corrected the Pope and replied, “No, Maine!”

In  2010, the family moved to Laguna Niguel, California (also known as the promised land!). Sue and David enjoyed many wonderful years singing in the Mission Basilica Choir, becoming Master Gardeners and enjoying the beauty of Southern California life. Sue also volunteered at Mission Hospital and at the Mission Basilica food pantry.

In 2012, Sue was diagnosed with Mantle Cell Lymphoma, and underwent 6 rounds of chemotherapy and a stem cell transplant. Despite losing her hair and significant weight, Sue accepted each treatment with grace and fortitude.

In 2017, the House family had the opportunity to go on a Pilgrimage to Lourdes with the Order of Malta. Sue, David and Stephanie were able to bathe in the healing waters of Lourdes and spend time soaking up the beauty of the small town where St. Bernadette once lived. Weeks later, Stephanie got a job in Orange County and moved home with Sue and David. The family was reunited – a Lourdes Miracle!

In 2019, Sue had a stroke while walking downstairs, fell, and hit her head, resulting in a traumatic brain injury. Once again, Sue was a resilient patient and regained the ability to walk despite significant damage to her brain. Nurses and caregivers recall Sue’s beautiful smile and gentle nature.

Although Sue suffered much over the past two years, she gave others great joy and great love. Tuan, fiance to daughter Stephanie, was able to ask Sue for her blessing to marry Stephanie, which Sue happily granted last August.

“I do not promise to make you happy in this world, but in the next.” – Our Lady of Lourdes

A funeral mass and reception to follow will be offered for Sue on Friday, June 25, at 10:00 a.m. at St. Timothy Catholic Church, 29102 Crown Valley Parkway, Laguna Niguel, CA 92677.  A Committal service will be held also on Friday, June 25 at 2 p.m. at Ascension Cemetery in Lake Forest. All are welcome to attend these events honoring Sue’s life.

Flowers can be sent to O’Connor Mortuary on Alicia Parkway, Laguna Hills, CA 92653. 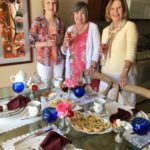