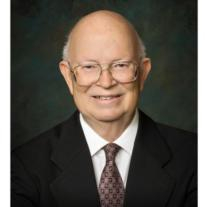 Stewart Davis was born in Bismarck, North Dakota, Sept 12th, 1935, to Clyde and Virginia Davis. The depression was on, so the father, a civil engineer, soon moved the family to west Texas, where the jobs were. A final family move was made to Austin, Texas, where Stew spent his school years, graduating from Austin High School in 1953. Stew attended the University of Texas where he was awarded a B.S. degree in 1958 in aeronautical engineering, along with a commission in the Air Force through the ROTC program. The next three years were spent in the Air Defense Command at Oxnard Air Force Base, California, where he was an aircraft maintenance officer. While assigned there, he met and married Edress Gilbert, a high school teacher at Port Hueneme.

After discharge from the Air Force, a reserve captain, Stew and Edie moved to Seattle, Washington, where he worked for Boeing on the X-20, the forerunner of the Space Shuttle. An intermediate move was made to San Jose, California, where daughter Vicky was born. In 1964, Stew joined NASA, Houston, Texas, where he began in Mission Control on the Gemini and Apollo Programs, subsequently being assigned to the Space Shuttle Program Office. Son Scott was born in Houston. Stew supported the children in scout and sport activities and served as a coach in little league baseball.

In 1981, Stew moved the family to Lancaster, California, where he worked on test and assembly of the Space Shuttles. After retiring from NASA after 25 years, Stew joined Northrop’s Stealth Bomber Program in Palmdale, California, but then returned to the Space Program with McDonnell Douglas on the International Space Station, Huntington Beach.

Stew finally retired in 2000, but he and Edie stayed busy, with travels, concerts, and Saddleback Church. In 2007, Stew wrote and published a book, “Three Journeys”, which is partly autobiographical, about the decade of the Sixties, including the landing on the moon.

The high school yearbook said of Stew, “He has the mildest manners with the bravest mind.”

Stew is survived by his wife, Edie; children Vicky and Scott, his wife Christine Davis; sisters Patricia Davis and Kathy Davis-Wolter; and his niece Robin Wolter-Crump.

Memorial Service will be held at 10:30 a.m. on Saturday, March 24 at Saddleback Church in the Plaza Room with a Reception immediately following in the Terrace Cafe.