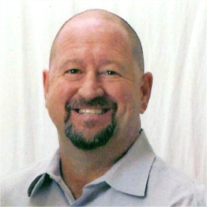 I lost my best friend and soul mate and my sons’ lost the best father, teacher, coach a son could ever hope to have. Steven “Deeco” William Dietsch was born in Milwaukee, WI on March 19, 1956. After a two-year battle cancer took the strongest man I had the good fortune to have as my husband of 26 years on July 27, 2016.

Steve grew up in Two Rivers, WI and attended University of North Dakota with a full ride athletic scholarship for football. After graduation he rode his motorcycle to California to start his career at Wausau Insurance in the underwriting department. Steve left Wausau to begin his successful 34-year career as a salesman in the auto insurance industry.

In 1990 he married his underwriter, Janet Marie Goggins, in San Clemente, CA. In 1992 they made their home in Mission Viejo, CA. After ten years of fun they were blessed with three sons; Nicholas Steven (5/11/01) and twin brothers Cole Martin and Connor William (6/5/03). His family was his life and he devoted 100% of himself to their care and happiness. His passing has left an empty space in the hearts of all who knew him, especially in the baseball community of Mission Viejo and the surrounding cities.

He is also survived by his mother Barbara Dietsch of Mission Viejo, brother Gary Dietsch of Ann Arbor, MI (Jeanne), sister Debra Hellie (Mike) of Chelsea, MI and nephews Justin and Zach Hellie. He was preceded in death by his father William Dietsch. He is also survived by Janet’s large (too many to name) family who loved and will miss him for the rest of their lives.