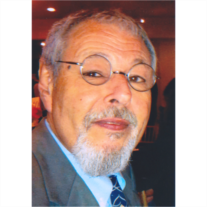 Steven Michael Triolo Sr., 68, of Aliso Viejo, California, passed away from complications of end stage renal disease on July 4, 2017. Steve was in his home and surrounded by his family. He passed away peacefully and was not afraid of death, facing his own with courage.

Steve was born in Los Angeles, California on March 6, 1949. He was the youngest of three children of Bernard and Rose Triolo. Steve is survived by his wife, Korine of 49 years; son, Steven (Jayashri) Triolo Jr.; daughter, Jennifer (Thomas) Legault; and sister, Ann Kaighin. He was blessed with four grandchildren and two great-grandsons.

Steve worked in the grocery industry for over 35 years. After leaving the grocery industry, Steve landed his favorite job of all time as an assistant editor for Cat Fancy magazine with Bowtie Publications. While working there he developed a love for cats. Additionally, Steve’s lifelong passion was music. He not only played various musical instruments, but also played in bands, collected records and wrote music/record reviews. During this time, he was able to meet and interview some of his favorite rock musicians.

Steve will be remembered for his humor, gentle nature, listening to others with compassion and his kindness. Steve was devoted to his friends and family. In 1993, Steve gave one of the greatest gifts a person can give to another, he donated a kidney to his older brother John.

Following Steve’s Wishes (and his love for cats), we ask in lieu of flowers to please send a donation to: