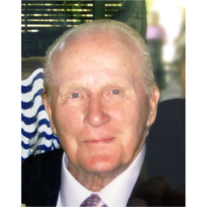 Stephen Thomas O’Hare entered the pearly gates on December 30th after battling lung cancer for the past year. He is survived by his one sister, Trude O’Hare Jones, who resides in Palo Alto, CA.

Steve was born and raised in Brooklyn, New York and was the youngest of seven children. After graduating from St. John’s University in NY, Steve married Phyllis D’Angelo (his wife of almost 50 years) and moved to Palo Alto, CA where he earned his Masters in English from Stanford University. He then decided to move South and joined Pacific Life Insurance in Los Angeles and then Newport Beach where he worked for over forty years.

He leaves behind his twin daughters, Allycyn O’Hare Bennett (Tom) and Elizabeth O’Hare Stevens (Jim) and his adopted nephew, Gregg Cuthbertson. Steve loved his kids and grandkids (Corbin, Colby, Connor, Cassidy, Kyle, Brooke and Carli) and his home in Laguna Beach where he could take in views of the ocean. He loved playing golf and poker with ‘PM Buddies’ and also had a fondness for his golden retriever ‘Cooper’ who came to his rescue a couple of times when he battled his illness.

Steve’s quick Irish wit, genuine kindness, classy style and business acumen will be missed by all.

A celebration of his life will take place on January 6th with a rosary at O’Connor Mortuary at 4 pm followed by a funeral mass at St. Thomas More in Irvine on January 7th at 12 noon.

Steve enjoyed helping the Catholic Worker in Santa Ana and encouraged people to give of their time and resources freely. Anyone interested in donating or learning more about this organization can go to: occatholicworker.org