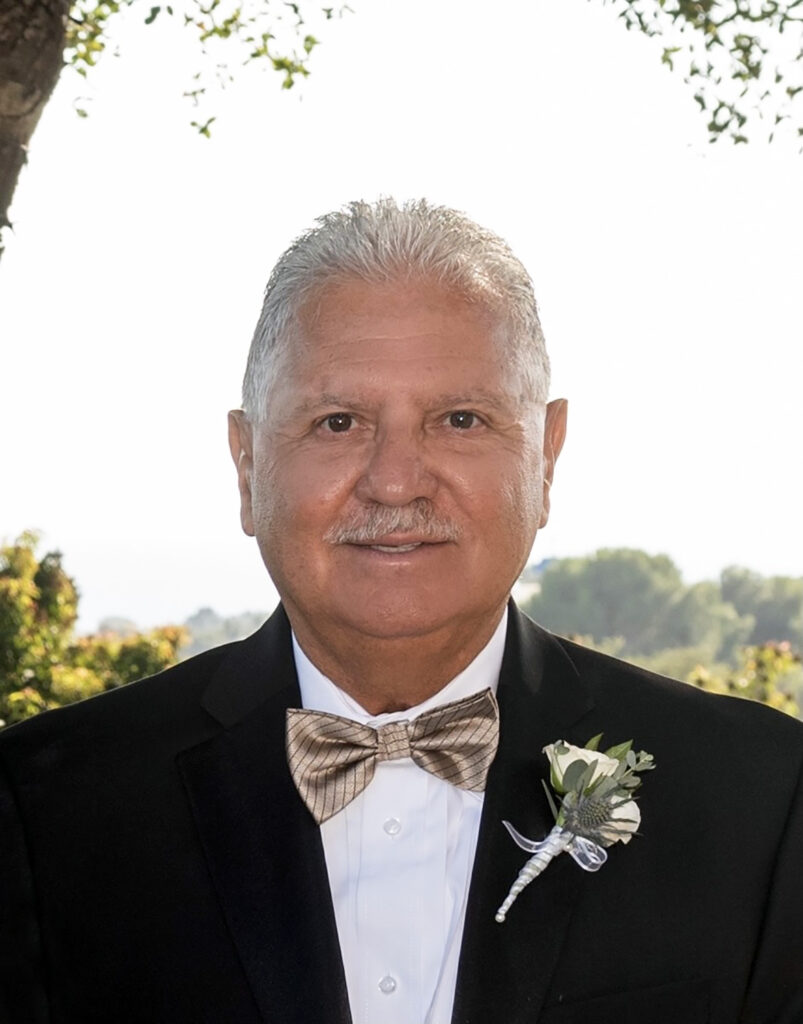 Steve Rodriguez was the 8th of 11 children of Manuel and Rosie Rodriguez. He was first generation Mexican-American, grew up in Los Angeles, attended Loyola High School, Loyola-Marymount University (BS Chemistry), UC Santa Barbara (MS Organic Chemistry), and UC Irvine (MBA). Steve was the husband of Dr. Ellen Druffel a professor of Earth System Science at UC Irvine, father of Kevin (Nichelle) a Major in the United States Marine Corps and Rachel (Brantly) Druffel-Rodriguez a Civil and Environmental Engineer. He was the devoted “Papa” of Charley May and Logan Stephen. Steve was brother to Albert (Gloria), Ronnie, Richard (Stella), Eugene (Charo), Rosalie (John), David (Glenna), Joseph (Kevin), Diana (Charlie), Mark and Mary (Ken). He was uncle to a large number of wonderful nieces and nephews who miss him dearly.

Steve was a Chemical Engineer at Shipley in Massachusetts, and Director of Finance at Kingston Technology, until he happily retired in 2010. He held several patents in his name. He was devoted to his family, the game of golf, and taking care of his family and the house. Steve volunteered at Hoag Hospital Newport Beach in the Emergency Department, and enjoyed the many wonderful people who worked there. He also volunteered with the Irvine Ranch Conservancy in many positions, including docent, trail boss, land steward, program closer (mountain lion status), camera maintenance, among many others. His love of the land, and those who preserved it, ran wide and deep.

Steve’s wry sense of humor was known far and wide, to his family and friends. He could deliver a response to a question or story that would make others double over in belly laughs. His wife Ellen told him that he made her laugh every day, and that this would make her live forever. His retort was always “Crap!”

Steve will be greatly missed by all. Our memory of his humor and love will comfort us. We love you, Steve.