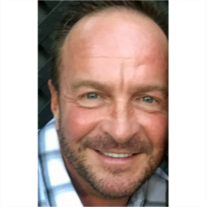 Stephen Michael Lochowicz, beloved son, brother and father, passed away at his home in Irvine California on April 10, 2017. Steve was born in Nashville, Tennessee on March 6, 1961. In 1974, he moved to California with his family where he lived out the remainder of his life.

Although Steve had pursued many career opportunities, including the possibility of becoming an EMT, he ultimately found his place as a Production Control Manager for Shur-Lok Corporation and retained that position for the past 27 years.

More important than any other accomplishments in Steve’s life were his two daughters Addison and Charley. Steve loved his girls with all his heart and considered them the greatest gifts he had ever received.