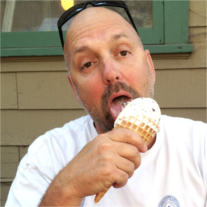 Stephen Kent Feistel, a beloved husband, father, brother and friend to so many, passed away in the early morning of December 11, 2016. He is survived by his loving wife, Sandra Feistel, and three sons-David, Thomas and Christopher.

Steve was born in Los Angeles on May 30, 1958 to Walter Charles Feistel and Clare Kathleen Feistel. Along with his brother, Chris, and sisters, Darlene and Kim, the family moved from Whittier to Walnut Creek and then back to southern California for Steve’s high school years at Bishop Amat and Los Altos High School where he ran track and cross country. Steve graduated from California State University, Long Beach in 1981, with a Bachelor’s of Science degree in marketing along with a minor in accounting.

Steve married Diane Kubas in 1981. They were married for 13 years and welcomed two sons into the world together, David and Thomas.

In 1993, Steve met his soul mate, Sandy Maxey, and in 1994 they married, forging a family with David, Thomas and Sandy’s son, Chris Maxey. The family lived in Mission Viejo where Steve instituted a variety of family traditions, including shopping sprees, long boring lectures and watching The Sword in the Stone for Christmas.
Steve joined Sandy as they started Accell Property Management out of their home kitchen in 1993. The company has been their life’s work and through all of their long hours and dedication they still found time to go to lunch together virtually every day.

Steve was the consummate Renaissance man with a wide variety of interests and talents, enabling him to form a personal connection with everyone he knew. He loved welding, new tech gadgets, the Lakers, Dodgers and Dolphins, Alice Cooper, reading the comics, telling stories, watching King of Queens and doing just about anything with Sandy. He could run electrical, build an armoire and captivate an audience with his personality and charm.

In 2013, Steve and Sandy bought a cabin in Green Valley Lake where they would spend as much time as possible. They would work on the guesthouse, play with their dog, Wyatt, and sit together watching the birds.

Steve loved life and approached every day with an undeniable enthusiasm, purpose and humor. Now, he walks with his parents in Heaven, smiling down on us all as we strive to follow his example.

In lieu of flowers, please consider a donation to one of the charities that Steve was fond of: