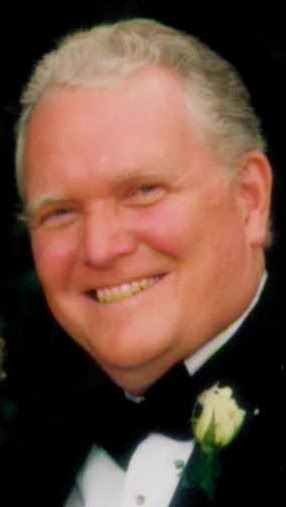 Stephen was born August 17, 1941, in Upper Darby PA. He spent summers in Ocean City, NJ where he enjoyed sport fishing on the family boat and swimming at the local public pool. Steve spent quality time with his dad (Steve Sr.) playing with his model train and village set. When he was young he learned to play the clarinet and saxophone which inspired him to start a band in high school with his friends called The Starlighters. He also participated in the high school band and theater, attaining a couple of lead roles in Caesar and The Importance of Being Earnest.

After high school, Steve attended MIT where he received a BS in Physics and an MS in Nuclear Engineering under a special fellowship from the US Atomic Energy Commission. Upon graduation he was hired by Rocketdyne division of North American Aviation (which became Rockwell then Boeing). His career in rocket engines spanned the Apollo and Shuttle eras. While at Rocketdyne Steve obtained his PE in Mechanical Engineering and attended UCLA’s Executive Engineering Program. He was on a number of national committees with JANNAF, NASA, AIA Technology, and the Space Technology Advisory Committee. Following retirement from Boeing, he taught classes and consulted for H. Silver and Associates.

Steve was a brilliant, loving, thoughtful, helpful, funny, caring, spiritual, and generous man. When his daughters were young, Steve participated in AYSO and helped start Region 71 in Woodland Hills, served as Chief Referee, and later, Commissioner. After wife Sheila went to work for Fr. John H. Hampsch’s (noted author, theologian, and teacher) ministry, Steve also became involved and served on the board for several years.

A voracious reader, Steve favored a variety of genres like science fiction (some favorite authors that directed his path are Werner Von Braun, Robert Heinlein, Arthur C. Clark) comics, detective/spy/thrillers (Nelson DeMille, Nevada Barr, David Baldacci), political themes, economics, and enjoyed interpreting and discussing the religious meanings in some popular stories from authors such as C.S. Lewis and J.R.R. Tolkien. He loved an array of music like big band, some broadway musicals, country, classic rock, and many others. Some of his favorites were Glenn Miller, Willie Nelson, Ray Charles, Phantom of the Opera, and much more. Also known as a bit of a movie buff, Steve’s favorite genres were; science fiction (Blade Runner, Dr. Who, 2001 A Space Odyssey), historical documentaries and dramas (Revolutionary War and Civil War), classics (Breakfast at Tiffany’s-watched at theater with Sheila on first date), and comedy (Laurel and Hardy, Marx Bros, Pink Panther/Peter Sellers, Gene Wilder/Young Frankenstein, A Christmas Story).

For many years Steve and Sheila owned a 26 foot sailboat named California Girl and enjoyed sailing with family and friends at Marina del Rey where he was a member of the Santa Monica Yacht Club. Steve also participated in sailboat racing in Ventura. Steve and Sheila loved to travel together to foreign destinations, Hawaii, US domestic locales, but his favorite was the 25 plus years of VRBO visits to San Diego every summer with family and friends. Steve loved to spend time with his grandsons and enjoyed taking them on outings to Disneyland, the beach, family vacations, as well as supporting them at their sporting events.

In lieu of flowers, gifts may be made to the following two MIT funds (dear to Steve).

The Julie Fassett Fund. Checks may be made payable to MIT (please make a note on the check the Fund Name and In Memory of Stephen A. Evans ’63) and mailed to:

Or, the Raymond (1963) and Constance Carroll Scholarship Fund for Alaska Native and Native American students at MIT. Checks may be made payable to MIT (please make a note on the check the Fund Name and In Memory of Stephen A. Evans ’63) and mailed to: